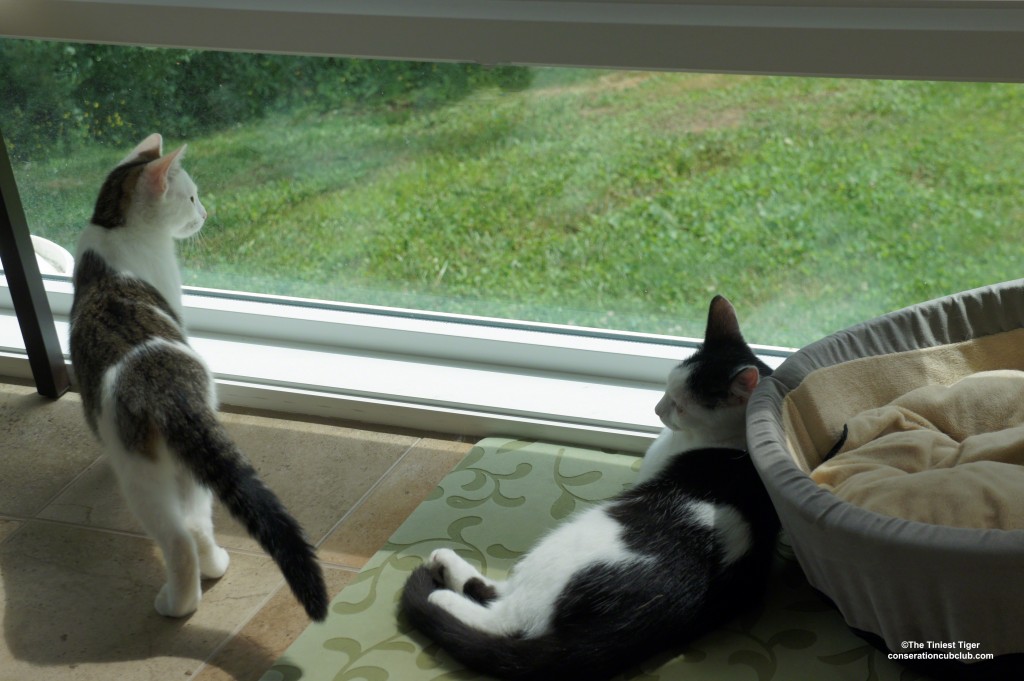 There’s been a lot to do and see for Annie and Eddie since they came to live with us.  They’ve been keeping super busy investigating every corner of the house.  Annie has no fear. She is the first to explore new territory.  Eddie watches carefully but stays a safe distance behind her. Once he is convinced it is safe to proceed, he runs to catch up.  Today they met two very important friends. 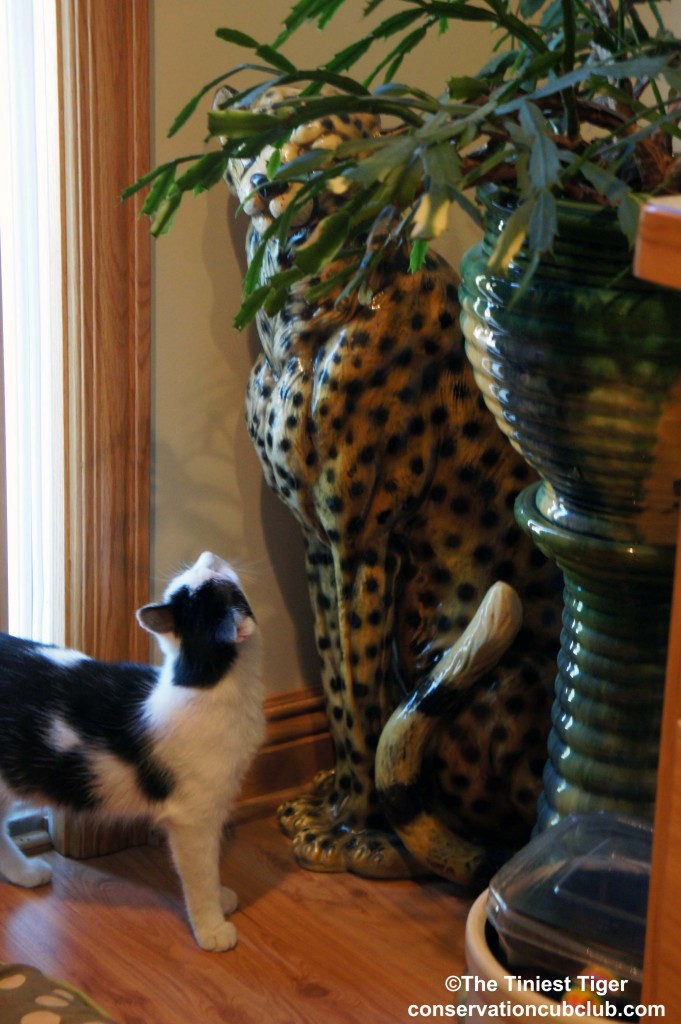 Eddie met Bad Kitty while exploring the office.   Bad Kitty gave him a lot of advice and told Eddie he should always be on his best behavior as a cat ambassador and  not give in to the whimsy and shenanigans that might be suggested by Lazy Leopard. Bad Kitty warned that Lazy Leopard is stuffed full of mischief and an instigator of silliness.  Eddie told Bad Kitty he would do his best and then walked slowly and steadily  to the office door before bounding to the sun room. 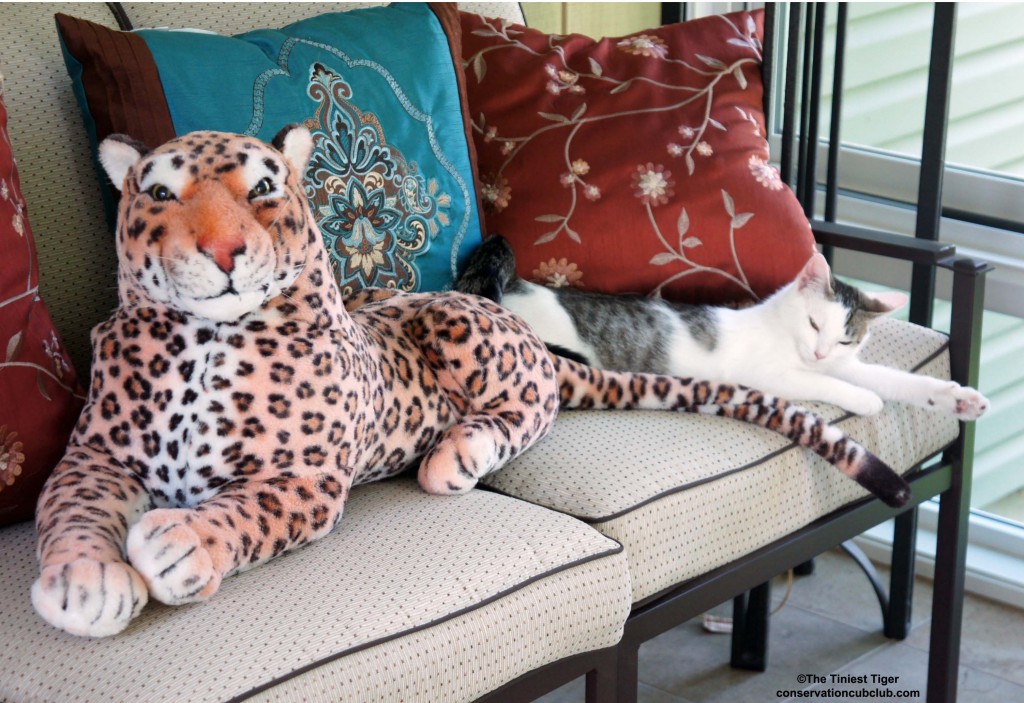 Lazy Leopard told Annie she had some pretty big paws to fill and she should always remember cats are curious and clever so never miss an opportunity to prowl about for a good caper.  Lazy Leopard warned Annie not to be mesmerized by Bad Kitty’s charm and talk of good deeds.  He explained that Bad Kitty is statuesque in his demeanor and quite honestly seems  stuck in a corner when it comes to always wanting to do the right thing.  Annie listened carefully and then jumped up onto the sofa with Lazy Leopard.  Annie thinks fun and whimsy is right up her alley so she began by doing her best to imitate Lazy Leopard. 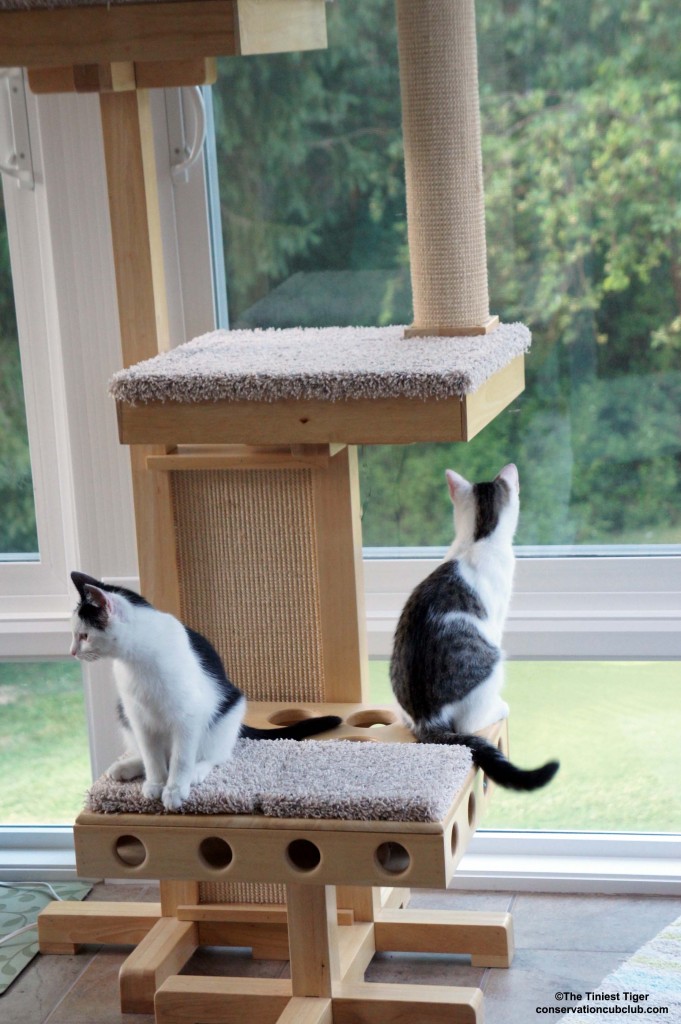 Both kittens  think the Cat Power Tower is perfect for them. Eddie loves playing on the hunting platform and Annie is in training to rule the backyard.  This was a lot of excitement for two young cats in one day.  When Annie curled up to nap beside Lazy Leopard, Eddie decided he had a lot to think about after meeting both Bad Kitty and Lazy Leopard.

And so he found the perfect place to contemplate the day as he thought very hard in Gracey’s thinking circle. 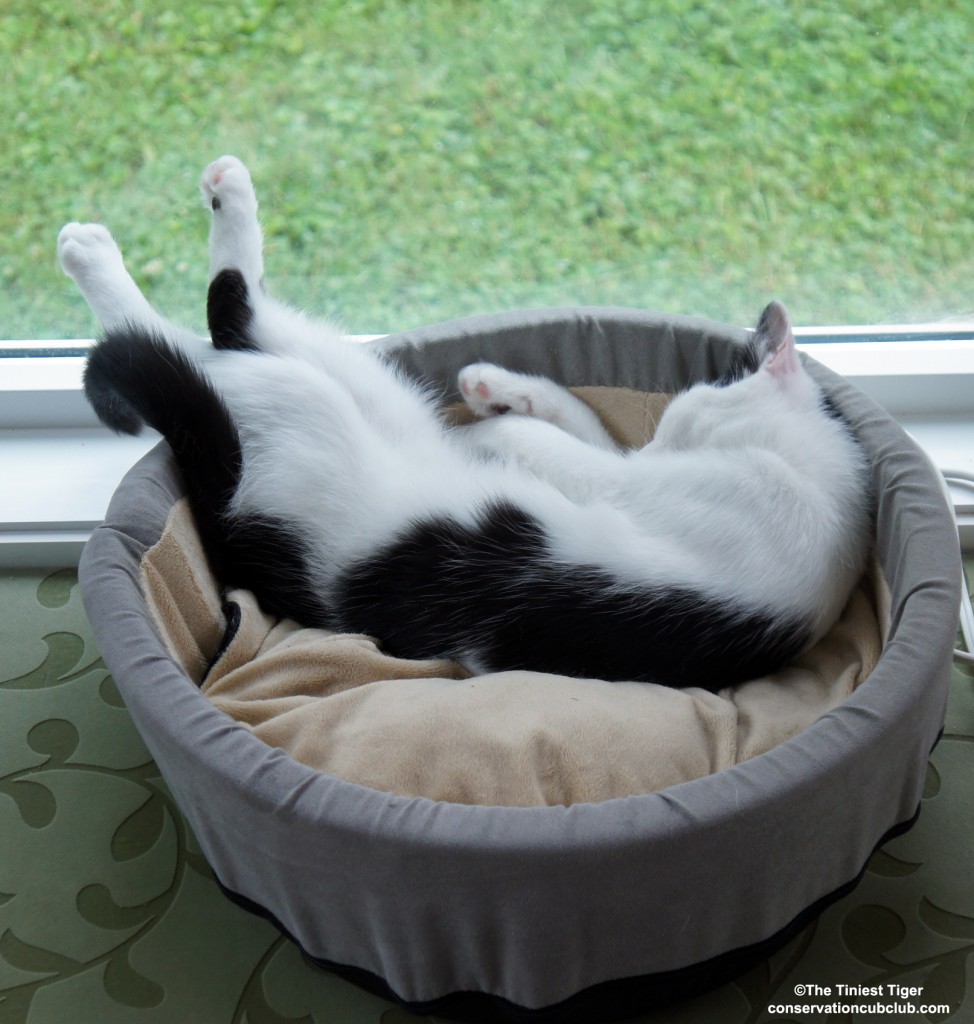