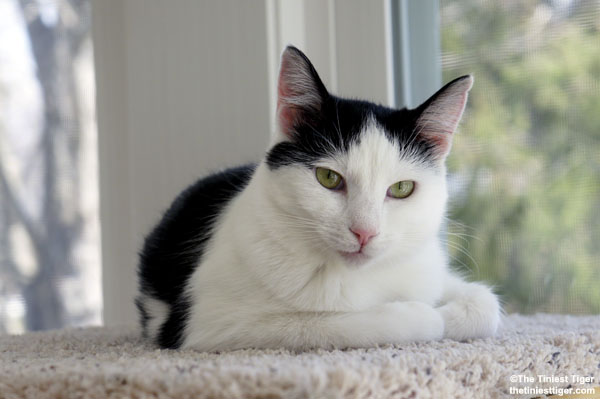 Eddie is an effective communicator with his soft, high pitched meow.

Animal rescue workers have observed that the vocalization is not present in unsocialized feral cats, but only appears on regular contact with  human caretakers. Although some wild felids meow as juveniles, they rarely vocalize the call in adulthood. The exception to this rule is the adult African wild cat but unlike our domestic cats, the observed  wild cat meows were not directed at humans, but at the general environment.

The African Wild Cat and Our House Cats 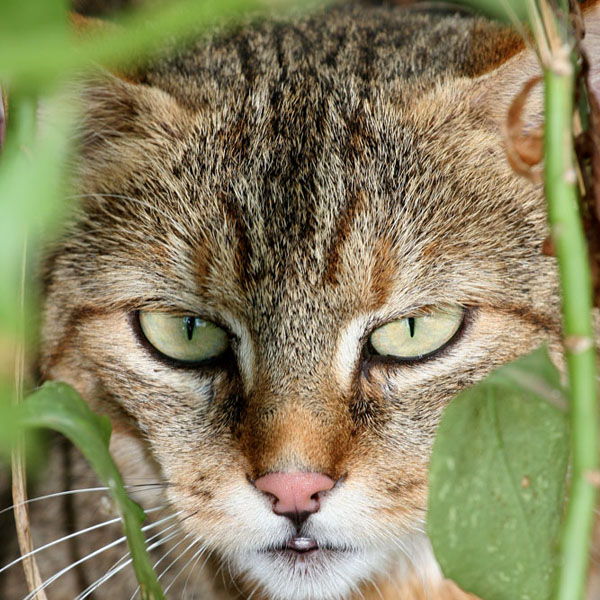 In a study to test for the possibility of human influence on the meows in domestic cats, vocalizations by domestic cats (Felis catus) were compared with the cries of the African wild cat (Felis silvestris lybica), the domestic cat’s closest wild relative.  The study analyzed both the acoustic characteristics and perceptual studies with human listeners.  Humans were asked to rate the cat calls for pleasantness. In controlled listening conditions, and blind to the inclusion of calls from the two different cat species, human listeners judged domestic cat meows to be significantly more pleasant sounding than African wild cat calls given in comparable context.

Both the acoustic and perceptual comparisons showed clear species-level differences.  The domestic cat meows were shorter in duration and a higher frequency than the wild cat meows.  The humans listeners that participated in the study, regardless of their own experience and feelings for cats rated the domestic cat meows as far more pleasant sounding than the wild cat vocalizations. Domestic cats appear to meow at a higher pitch that sounds less threatening and more juvenile thus more appealing to human ears than the deeper pitched African wild cat calls.

Cats Use the Manipulative Meow

Perhaps these results are due to domestic cats having learned over the course of their development which of their calls appeal to humans, whereas their wild counterparts have not. These results are consistent with a theory that domestic cats have adapted their vocalization to be more pleasing to their human caretakers. A more pleasant vocal communication strengthens  the cats’ ability to persuade  their caretakers into giving them what they desire. Thus the use of the term the manipulative meow.

Previous Post: « Can You Understand Your Cat’s Purrs? Listen and See.
Next Post: How To Help Your Cat Stay Cool On Hot Days »