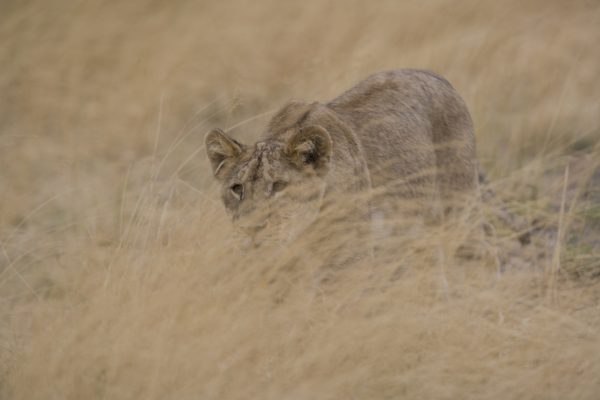 African lions are ambush predators. This means the lions rely on the element of surprise and stalk their prey.  When the lion is seen by their prey, they generally abandon the hunt.   Not every hunt is successful and the chase expends a great deal of energy.  If the prey eyes the lion, the hunt become much more difficult.

In rural Botswana, as in other areas where lions and livestock co-exist,  one of the main reasons for human-carnivore conflict is due to the farmer’s livestock being easy prey for hungry lions. Losing cattle to lions causes financial loss to the farmer and often times, the lion is killed in retaliation for taking down the livestock. The lion is just trying to survive and so is the farmer.

The problem with killing the predator is that another carnivore will move into the area. This cycle leaves a psychological burden on the farmers and perhaps a feeling of helplessness  knowing the cattle might be preyed upon again.  Lions are also important animals economically and ecologically to the region.  The big cats are a big tourist attraction and they keep the ecosystem healthy by regulating prey populations.

Neil Jordan’s research is being conducted in collaboration with the Botswana Predator Conservation Trust. Jordan is curious as to whether painting eyes on cows behinds could help deter the cattle being preyed upon by lions. This innovative idea is based on animal behavior such as eye-patterns on insects deter birds, the white spots on the back of tiger ears, and even humans wearing a mask on the back of their heads helping to prevent big cat attacks. 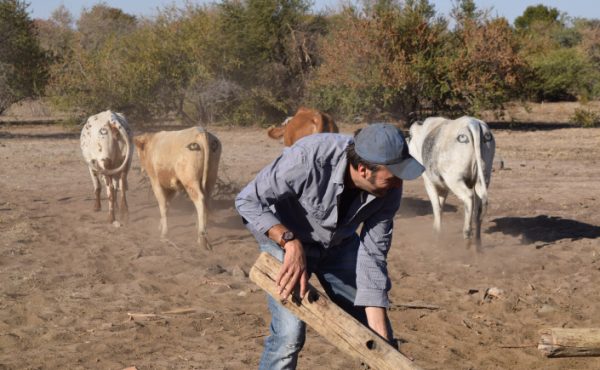 The I-cows experiment  (June 2016-17) tests whether large eye-patterns painted onto cattle prevents predation by lions. Half of a herd in Botswana, 30 cows, will be painted with an eye-pattern on their behinds, while the other half will not be painted.  Survival of painted vs. unpainted cows will be recorded during visits to the kraal (overnight predator-proof enclosure). Cows will also be fitted with GPS-loggers to record movement and equivalent data for a resident lion from the pride in a herd’s grazing area will be recorded using a satellite GPS radio-collar. Results will be shared with farmers and more widely through the scientific publications and popular press. This solution is a low cost and requires no specialist tools.  This experiment is unusual but urgently needed for carnivore-conflict management.

The Tiniest Tiger Community is a Backer for This Research 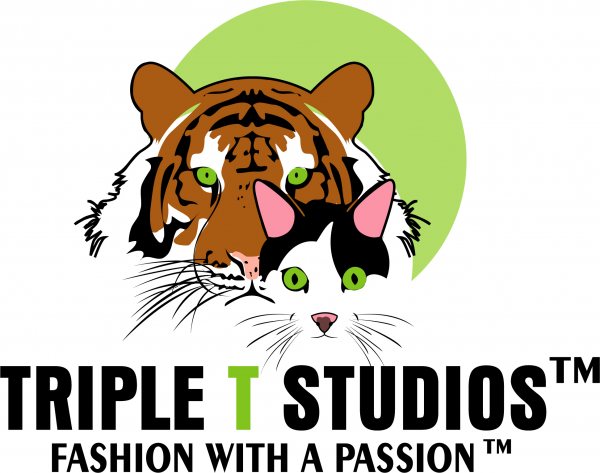 The ultimate goal is to provide farmers with a cost-effective tool that reduces the desire to retaliate and kill lions.  Thanks to your support of Triple T Studios, The Tiniest Tiger community is a backer of the i-cows experiment.  Thank you for caring about all cats big and small.