Cat of a Different Color

African leopards normally have tawny colored coats with black spots, but an unusual male leopard, with a coat of a different color, has been sighted in the South Africa Madikwe Game Reserve. This leopard has a pink tone to his coat and has been named the “Strawberry Leopard”. 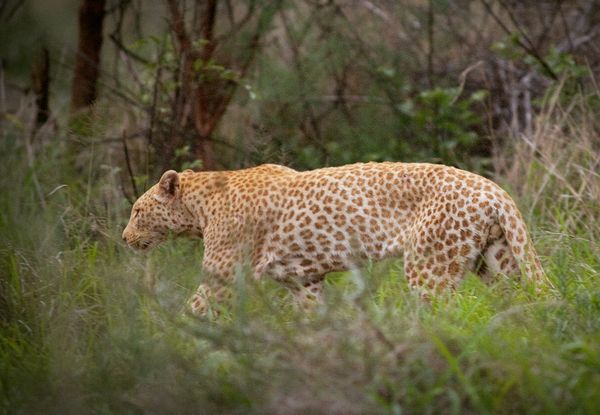 One of a Kind Cat 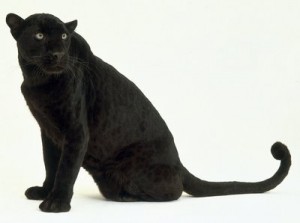 to the experts at Panthera, a United States based wild cat conservation group, to find out about the leopard’s odd coloration.

The pale leopard most likely has a condition known as erythrism, a  genetic condition that is thought to produce an overproduction of red pigments or an underproduction of dark pigments.  According to Panthera President Luke Hunter, the condition is so  rare that this wild leopard is the only individual verified with the strawberry coloration.

According to Hunter, erythrism is atypical in carnivores, and the condition appears most often in raccoons, Eurasian badger, and coyotes.  There are a few spotted leopard skins and melanistic specimens in museums with red  undertones, but Hunter thinks that fading might be the reason for the reddish hue. Melanism is when an animal’s skin, fur or plumage is black or nearly black in color.  The big cat most commonly known as a black panther is typically a melanistic leopard.

This one of a kind leopard seems healthy and experts think he  will survive in the wild even with his pinkish hue. The Strawberry Leopard’s coat still provides him camouflage so he will be able to sneak up on prey. 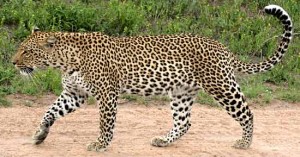 A Leopard with typical coloration.

Leopards are the most versatile of big cats and occupy all habitats from the Congo rainforest to true deserts. Yet even with their amazing adaptability, leopards have disappeared from almost forty percent of their historic range in Africa, and from over fifty percent of their historic range in Asia. Leopards are now extinct in six countries  where they once lived, and their existence  in six additional countries is  uncertain.

Whether tawny, black or pink, one thing is for certain, the leopard is a remarkable and beautiful cat. Let us do our best to find a way to keep them from vanishing from our world.

Previous Post: « Born To Be Cats! Journey With Me to Discover our One True Nature
Next Post: Cats Intelligence Superior Claims Scientific Americat »