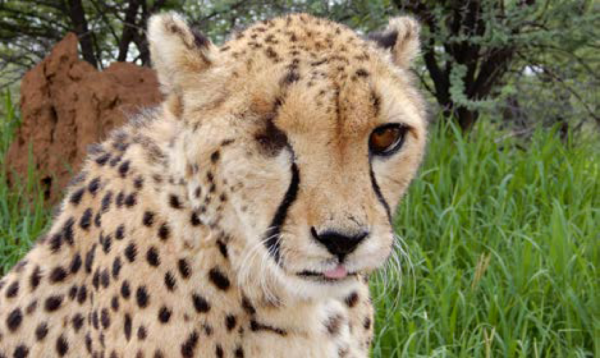 Our Cheetah at CCF

I received word yesterday that Amani, our sponsored cheetah at Cheetah Conservation Fund passed earlier this month of renal failure. Although it is always sad to say goodbye to animals we love, there is comfort in knowing Amani lived a long and wonderful life at CCF.  She was cared for and comforted even in her final days.  For this we are grateful to the CCF staff that knew and loved her. 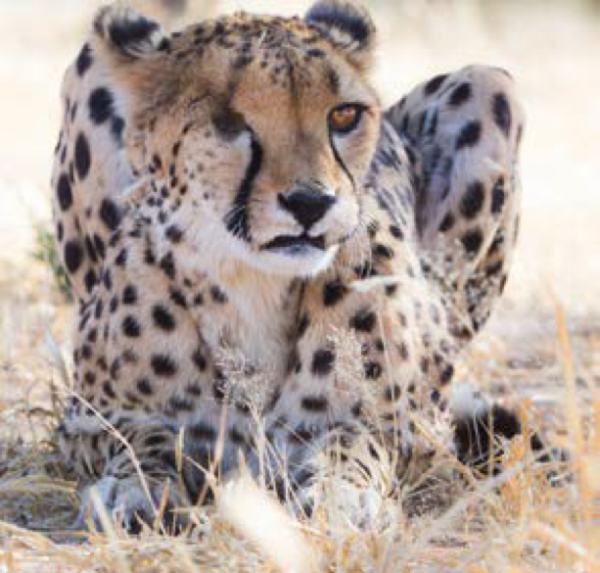 CCF wrote a eulogy for Amani and were kind enough to send it to us.

Amani arrived at CCF in 2006. She was one year old and was caught by a farmer. We have no evidence of what happened to her siblings or mother, but she was too young to survive on her own. Before coming to CCF, Amani lived at Amani Lodge near Windhoek for about a year.

CCF’s cheetah keepers playfully gave the nickname “pirate cat” to Amani, because of her missing right eye, which was removed due to chronic ulcers. Her missing eye was a distinguishing feature that made it easy for guests to tell her apart, and they often marvelled at how only having one eye did not slow her down. She always ran beautifully behind our baakies (trucks). Often one of the first up at the feeding camps in the mornings, she would wait patiently for us to finish cleaning and changing waters before sitting up and sometimes meowing for her food, urging us to hurry up and feed her. She was the boss of our “retirement home” with the other older females, and kept our two unruly younger females Polly and Rohini in line. We always made sure that Amani was fed first, whether in the feeding camps, or from the back of the truck after running.

When Amani stopped visiting the feeding camps on a regular basis, and showed less interest in food, we knew something was wrong. Blood results showed that her renal values were very high, pointing to renal failure – one of the main causes of death for older cats. CCF veterinary staff and cheetah team administered medical treatment in the form of subcutaneous fluids (under the skin) inside of a squeeze cage, which allowed for safe administration by the team. However, with Amani’s stubborn personality, she did not want to willingly walk into a small, confined area to receive treatment. It became a very stressful situation for her to go into the catch cage every day, which we did not want to put her through. Amani’s health went downhill over the next week, and the decision was made to euthanize her, with no pain or suffering.

A fighter up until the end, our tough, fierce old “pirate cat” will be greatly missed by keepers, and by the many people whose lives she touched. 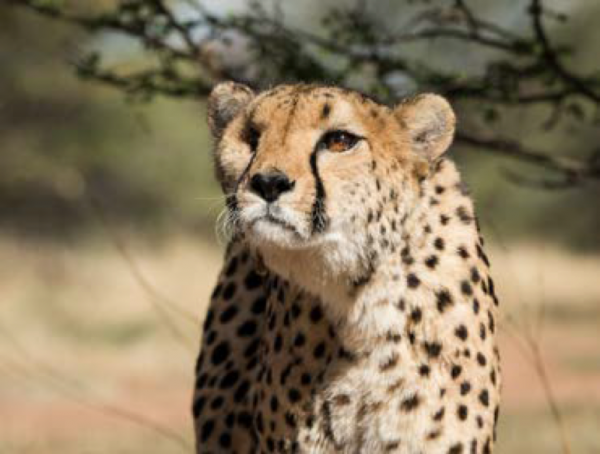 Rest in peace, Amani.  Thank you CCF for taking such good care of her.

Previous Post: « Hypertrophic Cardiomyopathy (HCM) in Cats
Next Post: What To Do When Your Cat Won’t Take Their Pills »