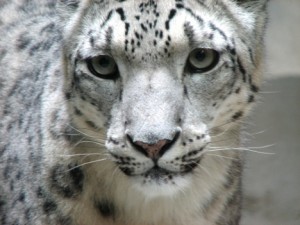 The Snow Leopard’s secretive and elusive nature  combined with the precarious and remote landscape they inhabit have made conservation data collection efforts  difficult and even less is known about  snow leopard cubs survival in the wild. The cat is so evasive it has been given the name “Asia’s Mountain Ghost” by the natives of Mongolia’s Tost Mountains.

Up until now, snow leopard breeding studies were conducted on individuals in a captive zoo environment. Captive snow leopard litters typically consist of one to three cubs but no information is available about litter size in the wild. Wild snow leopard cubs are exposed to not only natural predators and disease but also human threats such as poaching and the illegal wildlife market. The wild snow leopard’s chance of survival to adulthood has only been speculated.

Now for the first time, scientists from Panthera and the Snow Leopard Trust were able to locate the den sites of two female snow leopards and their cubs.  Unprecedented footage offers a peek into the private world of this magnificent big cat as a short video of a female and her cub were bedded down in a partially man-made den.  The video was recorded from a safe distance by Orjan Johansson, Panthera’s Snow Leopard Field Scientist and Ph.D student, using a camera fixed to an extended pole. (To view the Snow Leopard Mother and Cubs video visit Panthera.org.)

The research team, which included a veterinarian, entered the dens while the mothers were out hunting.  The three cubs 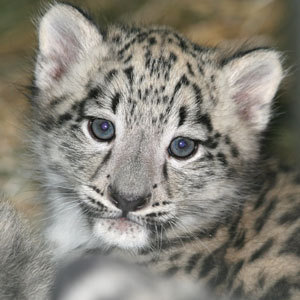 were carefully weighed, measured, photographed. Two of the cubs were fixed with a grain of rice sized microchip ID tag placed under the skin for future identification. The top priority of the team was to ensure the cubs were gently handled and at no time endangered.  The team monitored the mothers’ locations for the next few days to make sure they returned to their dens and their small cubs.

The ID tags and observations of these snow leopard cubs in the wild will permit scientists to learn:

“Knowledge about the first days and weeks of life is vital to our understanding of how big cat populations work, and how likely it is for a newborn to reach adulthood and contribute to a healthy population. A valid conservation program requires such information, which this new development in snow leopard research provides,” said Dr. Howard Quigley, Panthera’s Executive Director of both Jaguar and Cougar Programs.

Hope for the Future of Snow Leopards

According to Dr. Tom McCarthy, Executive Director of Panthera’s Snow Leopard Programs this exceptional moment in conservation after years of trying offers a rare glimpse into the life of an extraordinary cat that needs our help surviving in today’s world. This exciting discovery along with data collected through camera-trapping and GPS collaring help to shape effective conservation efforts across the snow leopard’s range.

We are a finalist for Best Blog Post in the 2012 Petties!?

Click here to vote for The Tiniest Tiger’s Conservation Cub Club.
You can vote once a day through July.
Thank you so much for your consideration!
Previous Post: « 10 Reasons Your Cat Might Be Going Outside the Litter Box
Next Post: Cats and Whisker Stress Bowl Versus Plate »