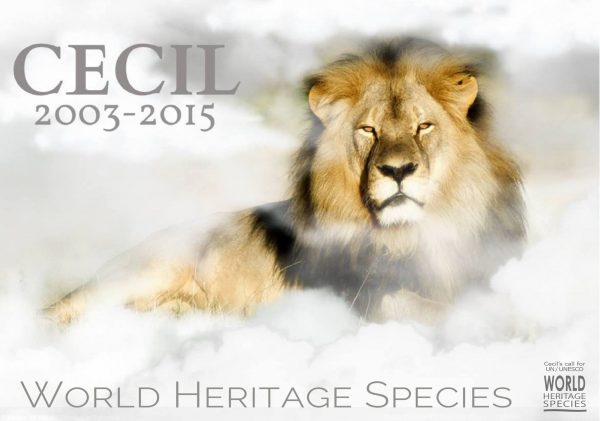 “Until the Lion Learns How to Write, Every Story will Glorify the Hunter”

The Murder of Cecil the Lion

Three years ago, Cecil, a beloved African lion in  Zimbabwe’s Hwange National Park, was shot and killed by Walter Palmer, a dentist from the United States. Palmer paid around $54,000 to bow-hunt Cecil. On July 1, the dentist hit the lion with an arrow on a farm outside the national park, a place where Cecil was known to explore.  Palmer and his guide tracked Cecil for over 11 hours then shot  again taking the collared lion’s life.

The  murder of Cecil, a 13-year-old lion with a glorious black mane, sparked  international outcry.  News spread rapidly across the world via social media. Cecil was the star of Hwange National Park and he was one of the Wildlife Conservation Research Unit’s (Wildcru) radio collared lions.  The contempt for Walter Palmer was so intense the dentist was forced to close his practice and go into hiding until the public quieted down.  One could argue that Palmer was one of the most hated people on earth. 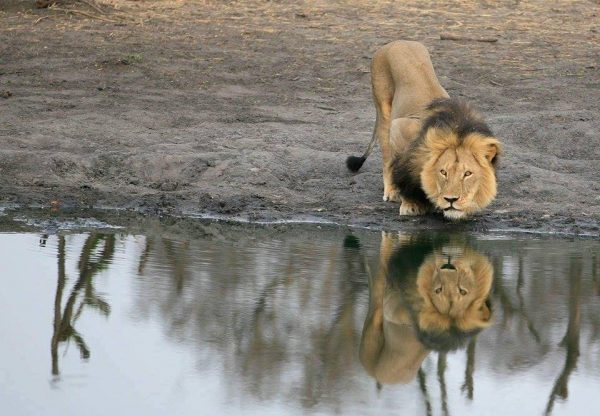 Cecil’s death brought on the largest global response to a wildlife story in history according to Wildcru director David MacDonald.  The death of Cecil caused more people to examine and evaluate lion trophy hunting in Africa and how this “sport” is remotely connected to lion conservation.

Why Cecil’s Story Brought Such Outrage

During the ten years Brent Stapelkamp worked on the lion project in Hwange, they lost at least a dozen lions in similar circumstances, all to American doctors. The old GPS technology enabled the hunters to kill the lions, chop the collar to pieces and burn it in the fire.  Stapelkamp explains that Cecil’s story only came about because his was a satellite collar that had beamed the information via satellite before the hunters destroyed the collar. They still destroyed the collar but the information was in the wind.

Why Cecil's Story Had Such an Impact

Ever wonder why Cecil the Lion's story had the impact it did? Our panelists break it down for you.

Cecil Was the Spark that Ignited Outrage

Cecil’s murder exposed trophy hunting as the vile, merciless business it has always been and now threatens our vanishing wildlife populations.  Because Cecil wore a satellite collar there was no mystery to where he was murdered. It was  an illegal hunt and Cecil was lured outside the park. The hunt was illegal as no permits were issued for the taking of any lions that year.

Safari Club International (SCI), is made up of a subculture of wealthy individuals who enjoy killing rare big “game” animals.  SCI attempts to gaslight the public with false conservation claims, including providing an anti-poaching presence that is not supported by the evidence.  Cecil was killed by a poacher.

In  ten years, American trophy hunters killed 5,552 African lions.  From 2005 to 2014, they killed and brought home more than 1.2 million trophies of more than 1,200 different species of animals. These people compete in killing the most animals for the most rewards, and are avid collectors of their victim’s body parts.  There are extravagant events to celebrate and congratulate under the disguise of protecting wildlife.*

If there were a true interest in saving African lions, why not pay the money without demanding a life in exchange? 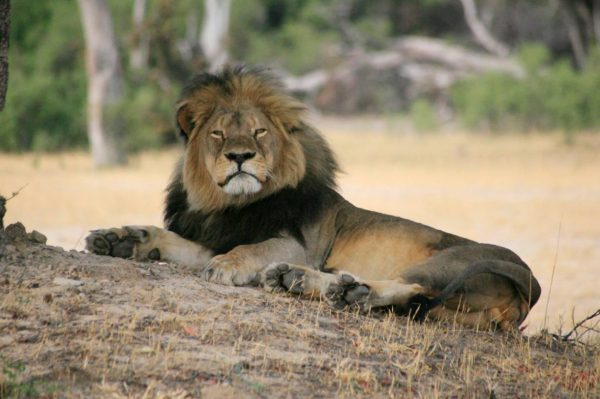 US journalist, author, and prominent Republican Matthew Scully has spent considerable time watching and writing about the SCI, dispelling any idea of it as an environmentally-friendly, conservation-minded organization. They are coldhearted killers, he tells us, and “respect” means only the courtesy of leaving enough behind for the next hunter. Surveying the stacks of marketing brochures filled with the “pornography of bloodlust” and price lists, he writes:

“You don’t have to be the fainthearted type to take in a scene like Safari Club and feel that something has gone horribly wrong, something involving our own human dignity every bit as much as the animals.” 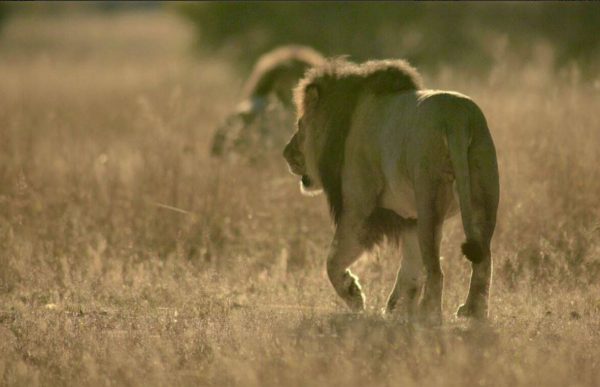 A World Heritage Species could be “the next step in our evolution as a compassionate species,” but Brent Stapelkamp and Born Free Foundation need a lot more people power behind the idea.

Thank you for caring for all cats big and small and for being a part of The Tiniest Tiger community.

** The Tiniest Tiger and Triple T Studios was a proud sponsor of the Jackson Hole Big Cats Summit and Joanne McGonagle was a judge for Jackson Hole Wild  Big Cats Film Festival.