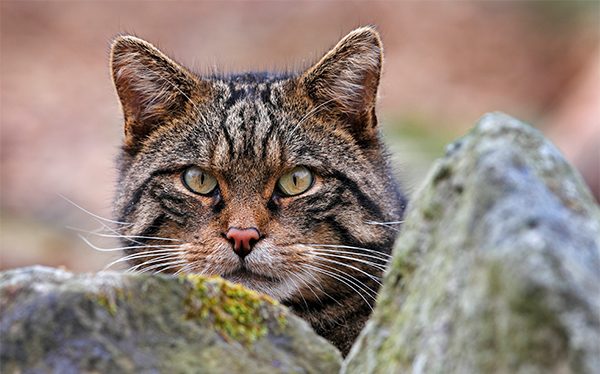 The world’s rarest cat received a population boost when two orphaned kittens were discovered in Scotland.  Only 35 Scottish wildcats are thought to remain in the wild in Britain.  The wildcat sub-species is in peril of dying out because the wild cats breed with feral domesticated cats, muddying up the gene pool.

Wildcat Haven to the Rescue

It is unlikely the two kittens would have survived on their own and were moving closer to a road and at risk of being hit by traffic. The weak and dehydrated kittens  were rescued by Wildcat Haven

The two kittens boosted the Scottish wildcats population by six percent, to 37 individuals.

“I almost fell off my chair when I saw the photos,” said Wildcat Haven’s chief scientific advisor Dr. Paul O’Donoghue.  “The markings looked amazing, far better than any kitten I’d seen in a zoo, but in a very exposed place.  It seemed likely they had been abandoned or orphaned and were in grave danger.  I am overjoyed that we’ve been able to give these two orphaned wildcat kittens a lifeline.”

The wildcats are protected, so the team had to apply to Scottish Natural Heritage to rescue and rehabilitate the kittens.  The plan is to release them back into the wild when they are older and stronger.  This will be the first time anyone has attempted to re-wild a Scottish wildcat in decades! 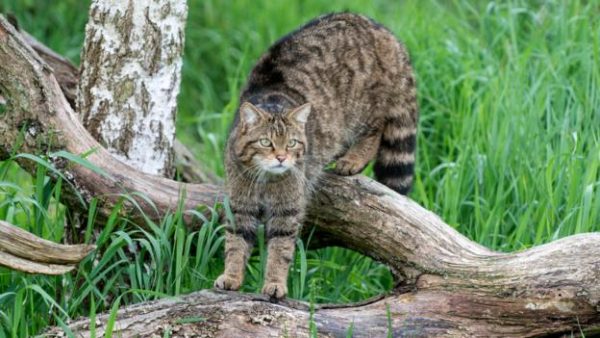 About the Scottish Wildcat

The Scottish wildcat (Felis silvestris grampia), sometimes called the Highland Tiger, is a unique population of the European wildcat isolated for over 9,000 years by the English Channel. They are the  largest of the wildcat family, which spreads across Europe, Africa, and Asia and can grow up to twice the size of a domestic cat.

Their fur is thicker than a domestic cat and the coast shows distinctive unbroken black and brown stripes.  Spots, broken stripes, or white fur are all indications of hybridization with domestic cats.  The Scottish wildcat will have a thick banded tail, perfectly ringed with no dorsal stripe running off the spine.  They have retractable claws, exceptional night vision, part-color day vision, excellent hearing and a powerful body shape for sprinting and pouncing. 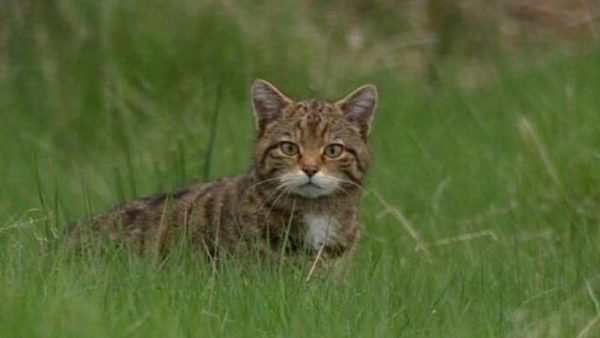 Unlike most cats they are multi-habitat hunters, adapting to the heavy deforestation that has taken place across the British Isles and distinguishing them from the mainland European population which tend to be forest specialists.

Fortunately living in Scotland, Scottish wildcats also have a reduced fear of water.  They have a thick coat keeping them warm in the rain. Because river edges provide opportunities for hunting, the wildcats are excellent swimmers.

Believed to be man-killers as recently as the 1950s, they are ferociously aggressive defending themselves or their young, even mock-charging large threats as a big cat will, but they are actually deeply fearful of mankind and will do anything they can to avoid us.

They live solitary lives in the most remote corners of the Scottish West Highlands, active mostly at dawn and dusk (making them a crepuscular species) hunting or maintaining territorial scent markings.

Thanks to your support of Triple T Studios, I am thrilled to tell you that The Tiniest Tiger community has made a generous donation to hep support the two rescued wildcats.  We also contributed to the purchase of a camera trap. Wildcat Haven is a compassionate conservation program making extensive use of motion-activated cameras hidden in natural habitat which they use to observe wildlife without causing any harm. The images help identify the wildcats in a given area and to identify any feral cats that need neutering.

In the spirit of giving, we also donated to purchase an additional plot of land to help WildCat Haven expand and keep doing their good work.

Thank you so much for your support of Triple T Studios, for being a member of The Tiniest Tiger community and for caring about all cats big and small.