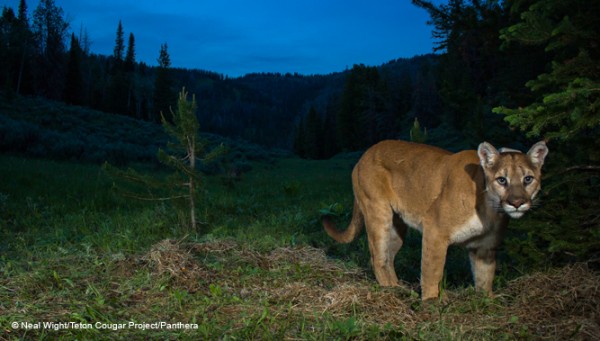 Colorado Parks and Wildlife is trying to push through a project allowing the killing of a substantially higher number of mountain lions in hunting units in a section of Colorado over a five-year span in an attempt to increase the mule deer population…. so that human hunters can kill the mule deer.

The agency is attempting to rush the approval process perhaps in an effort to circumvent the public’s ability to comment on their scientifically unsound and unethical proposition. The scientific community as well as the agency already know that killing mountain lions to save mule deer does not work.

Mule Deer Facing Declining Numbers But Lions are Not the Culprit

Mule deer, along with elk and bighorn sheep are facing declining numbers but the big cats are not the culprit. Recent studies show killing mountain lions and coyotes did not help the mule deer population because they were stressed by other factors including habitat loss, fragmentation, fire suppression, noxious weeds, overgrazing by livestock, energy development and changes in snow pack and temperature due to global warming. Add in hunting and poaching by humans and little blame is left to place on the mountain lion.

Nature knows best and in fact because the mountain lions and coyotes select for deer in poor body condition, the predators help to keep the herds healthier. A 2014 Colorado study showed managing the ungulates’ winter range by conducting weed control and reseeding had the most benefit on the mule deer population.

Mountain Lion Deaths Due To Hunting are Understated.

Mountain Lions Need You to Cat About Them Too

There is no need for a new “study” to be carried out by Colorado Parks and Wildlife just so hunters can kill more deer. The next and last hearing for 2015 is in Wray, Colorado, on November 19-20. The Humane Society of the United States is asking Colorado Parks and Wildlife to allow a public hearing in Denver at the January 2016 meeting for the chance to advocate stopping this new “study” to kill more lions  before the plan goes into action.