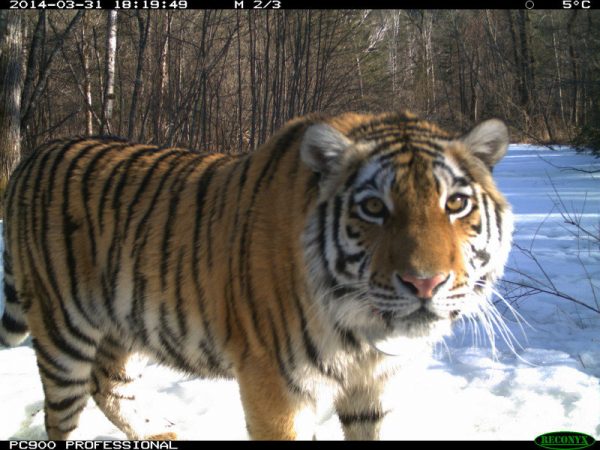 You may recall reading our post about an Amur tiger cub named Zolushka, Cinderella in English, who was rescued by two hunters in Russia’s remote Primorsky Province when they found her lying in a snow drift,  breathing shallow and eyes glazed.  The hunters cared for Zolushka, kept her warm and fed her a steady diet of meat, eggs and warm milk. 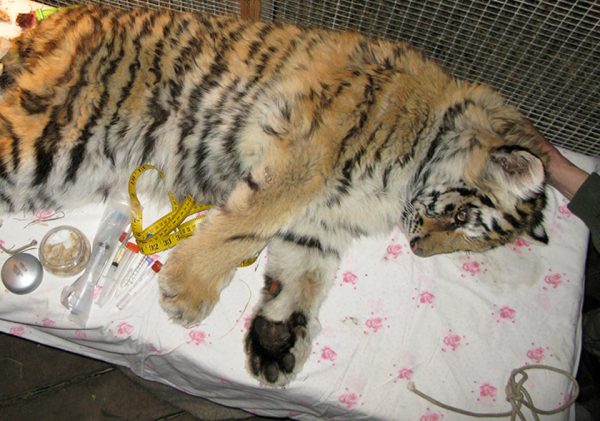 Zolushka receiving care after being rescued by hunters.

Within two weeks time, the cub was back up on her paws and her caretaker called on the expertise of Dale Miquelle, an American scientist and foremost expert on the Amur tiger, based in Primorsky.

The winter after her release, footage confirmed that Zolushka  was adapting to life in the wild and she was sharing her range and food with a healthy male tiger the scientists named Zavetny.    Miquelle was hopeful that one day he might receive a camera trap photo of Zolushka with cubs following behind her.

Last December, only two years after her release,  camera trap images captured Zolushka with two young cubs at her side, making her the first rehabilitated tiger in history to mate and give birth in the wild. You can read more in our update: Cinderella Gives Birth and New Hope For Amur Tigers

According to Miquelle, the video shows the cubs huddling near Zolushka and playfully romping around with her. The cubs also scratch and sniff a “scent-marking tree” where Zolushka and Zavetny may have marked their territory. Miquelle said his team feel like godparents and are curious to see how Zolushka will handle the responsibility of raising her cubs as she didn’t have the chance to spend her full early life with her own mother.

The cubs are showing typical young cub behavior. “The good news is that Zolushka’s acted well enough as a mother to get her cubs to this stage, a couple months old,” said Miquelle.  “That’s a very good sign.”

Zolushka and Her Cubs in August, 2016 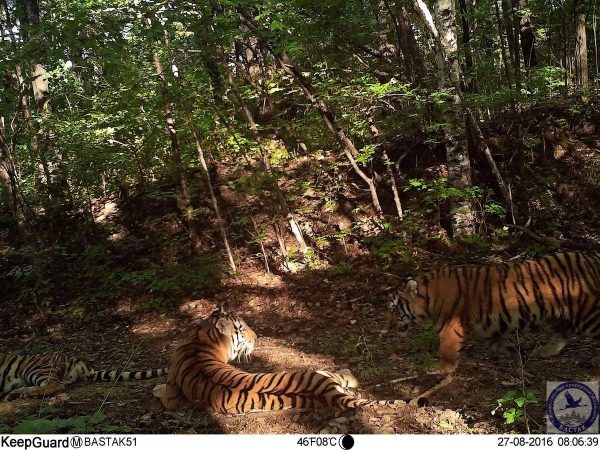 Zolushka and her cubs appear to be thriving in the wild.  Captured on a camera trap in late August, 2016, you can see mom in the center and her two cubs on each side   Great news for tiger conservation.  Everyone is thrilled to see Zolushka begin this new chapter of her story.