Burning Bushes to Restore Habitat Land and Save Cheetahs. 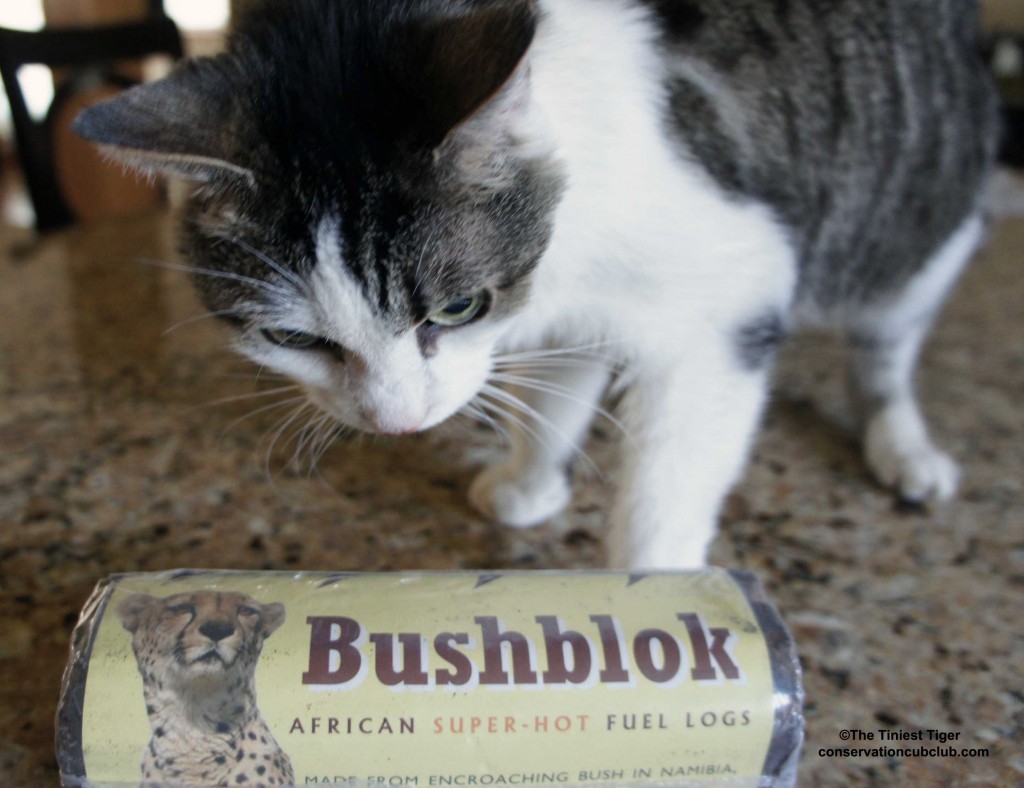 Most of us know our big cat cousins are struggling to survive in in the wild. You might even know that loss of habitat, human-wildlife conflict, loss of prey and poaching are among the biggest reasons the big cats are fighting for their lives. But did you know the loss of habitat is not just due to the increasing  human population but due to another invasive species, the thorn-bush.

The acacia thorn bush overgrowth has claimed thousands of acres of savannah in Namibia where the largest number of wild cheetahs still live.  Overgrazing, drought, extirpation of elephants are a few of the reasons for the bush encroachment.  As the bush thickens and the sharp thorns of the acacia entwine to form a barrier, not only is the cheetah at risk but so are the prey species that thrive on the savannah.

Dr. Marker, founder and CEO of the Cheetah Conservation Fund (CCF) was curious to find the reason behind the unusual number of cheetahs that were arriving at the clinic with eye injuries.  After careful observation, Dr. Marker learned the cheetahs’ eye injuries are being caused by the overgrown thorn bush.  When the cheetahs  run through the thick bush in pursuit of prey, they risk  injury  by the sharp thorns.  A cheetah relies on their keen eyesight and speed to hunt and survive, so an eye injury can result in an untimely death for the cheetah. 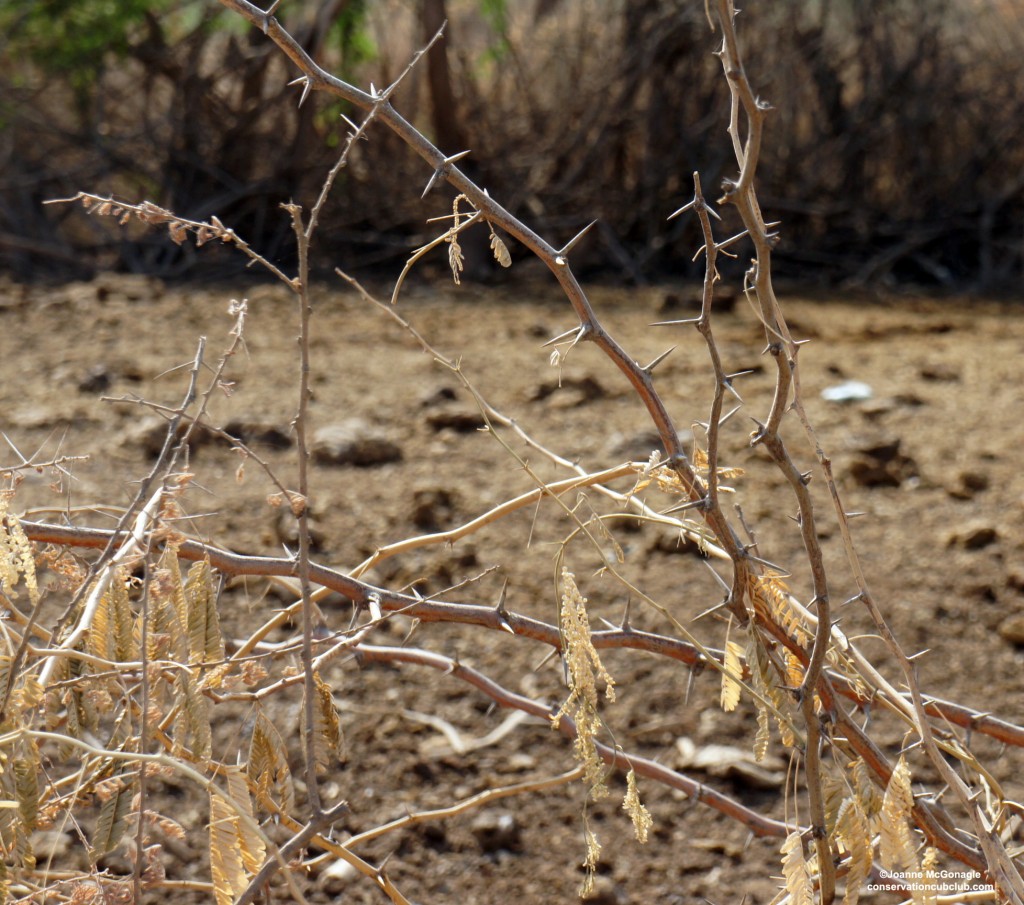 Taking Back the Savannah from the Encroaching Bush

Dr. Marker launched a study to determine the best path to take back the savannah from the encroaching bush.  Her team learned that by selectively harvesting the bush and processing it, they could create a biomass material to be used as fuel.  Cheetah Conservation Fund created an environmentally-friendly, high-heat, low-emission fuel log called Bushblok from the harvested bush. They built a plant and began selling the Bushblok fuel logs. 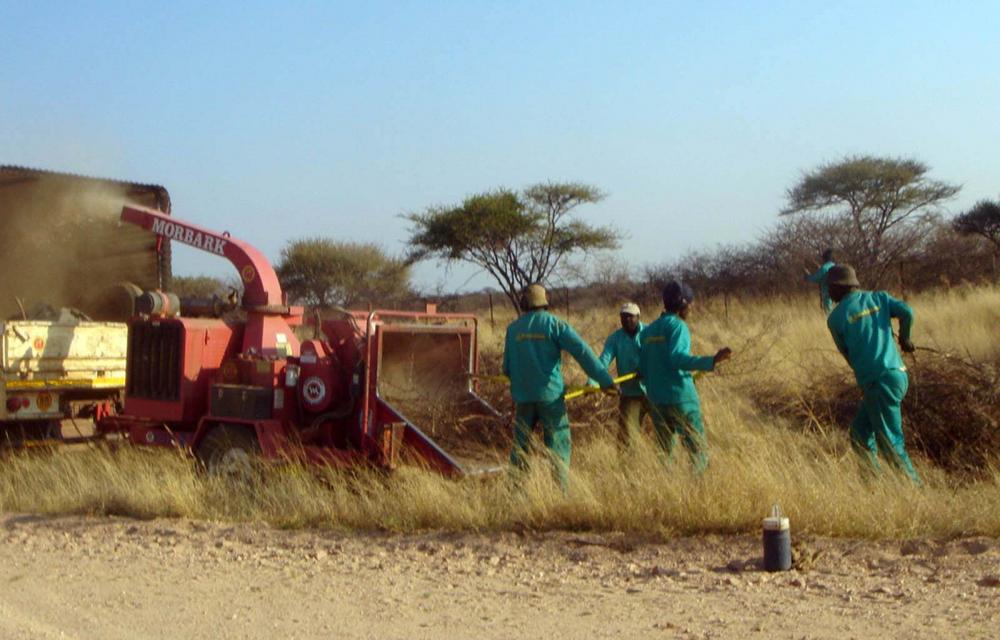 Namibia has over 100 million tons of unwanted biomass ready to be harvested to make fuel logs, clean energy and create jobs for Namibians. Sub-Saharan Africa has many cheetah-range countries with bush encroachment. The Cheetah Conservation Fund’s Bushblok project is an opportunity to restore grasslands for wildlife and livestock.

Bushblok won the 2008 Intel Tech Award Prize for the Environment and now employs 30 Namibians. This award winning, innovative program  restores thousands of acres of habitat land to productive use by cheetahs and their prey species, and provides significant opportunities for Namibia’s humans too. 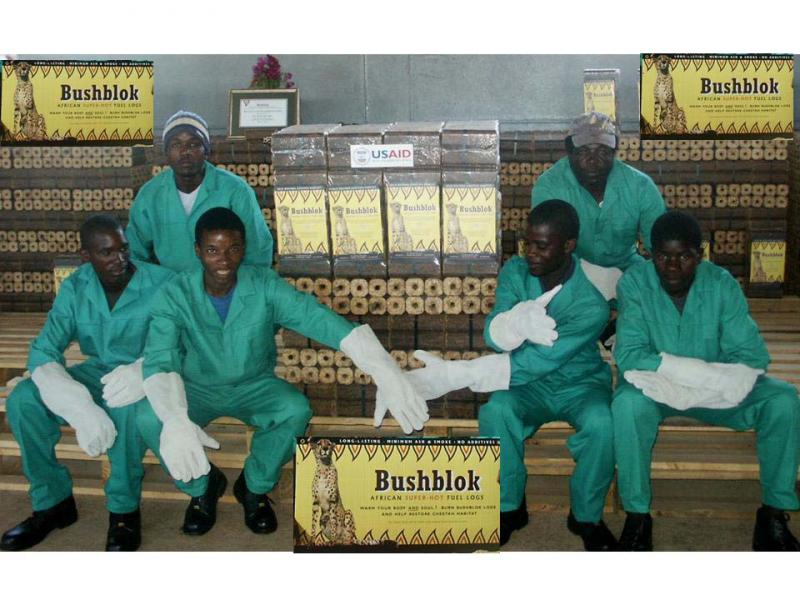 Part of the Bushblok Team

To Save the Cheetah, We Must Save the World

This past summer while visiting Cheetah Conservation Fund in Namibia, Dr. Marker told us,

“To save the cheetah, we have to save the world!” 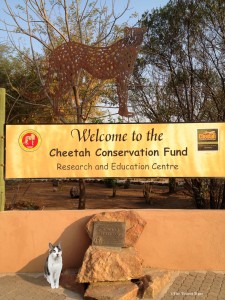 To restore our world to a place where cheetahs and other wildlife can survive and thrive, the earth’s ecosystems must all be thriving, and that includes humans. We are all connected, all living beings. We must take care of every creature big and small. Super Hurrah to Cheetah Conservation Fund’s Bushblok Program! Thank you for caring for all animals, big and small. 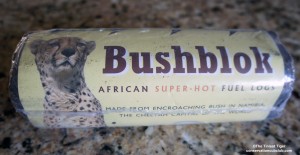