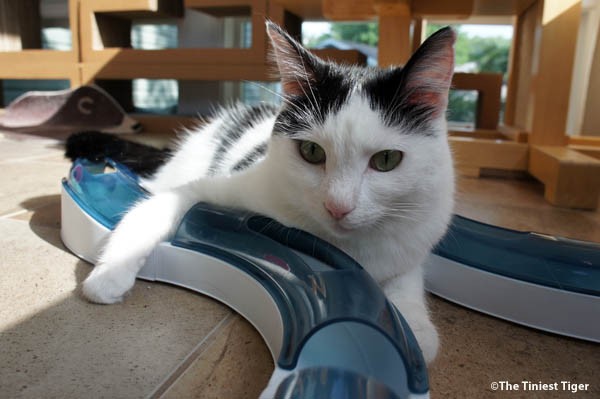 Annie and Eddie are a bonded pair.  They stay together most of the day and night. Sometimes they skirmish over their toys, beds,  the Cat Power Tower, who gets to sit on my lap, except when Paul is also on the sofa then they split up and choose a lap until they decide to snuggle up together again.

Today I saw Eddie guarding his Catit Play Circuit, also known as the racetrack.  He looked quite determined to keep Annie away from “his” toy.

Then we had a little rumble. 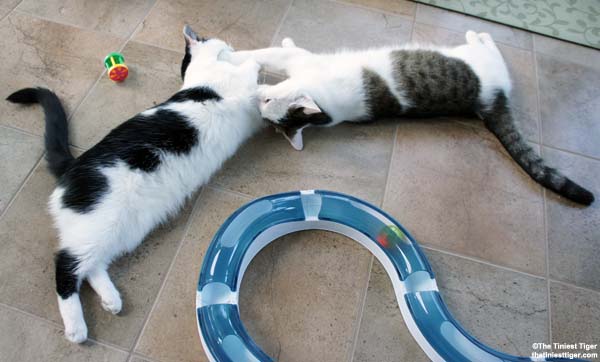 Soon they were playing together. 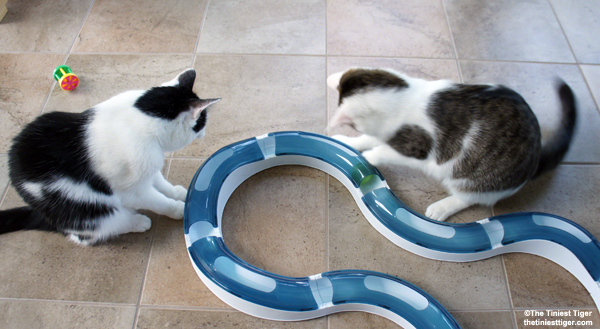 Eddie claims the top of the Cat Power Tower. 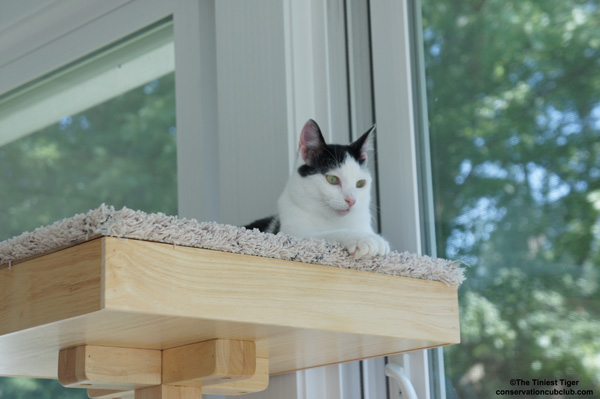 Eddie the prince of the Cat Power Tower

The prince of the Cat Power Tower enjoys observing his surroundings. When Annie attempts to join him, Eddie bops her on the nose.  Annie isn’t one to take this type of bopping in the nose lightly. 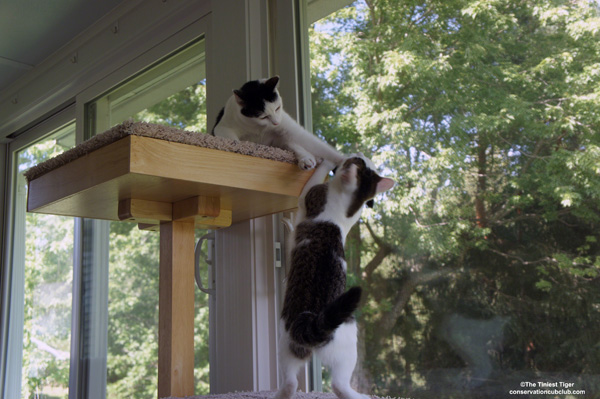 After a little wrestling match that would have made Paul nervous, the two cats decide there is room for both of them on the Cat Power Tower. 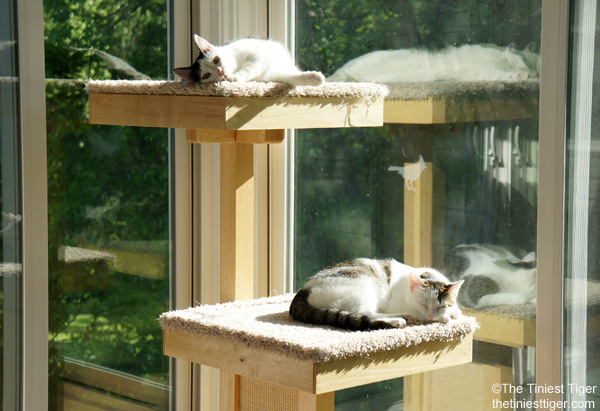 Annie curls up on the second platform to let Eddie have his moment in the sun. 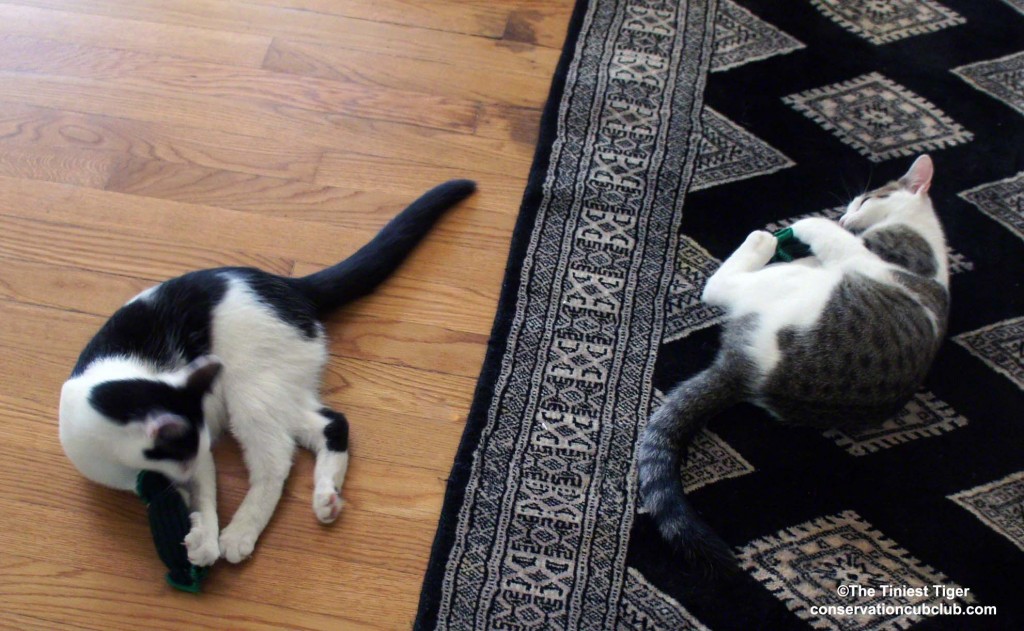 All three cats have their own Tickle Pickles.  They love them. And most of the time they play and play but then there are times when this happens. 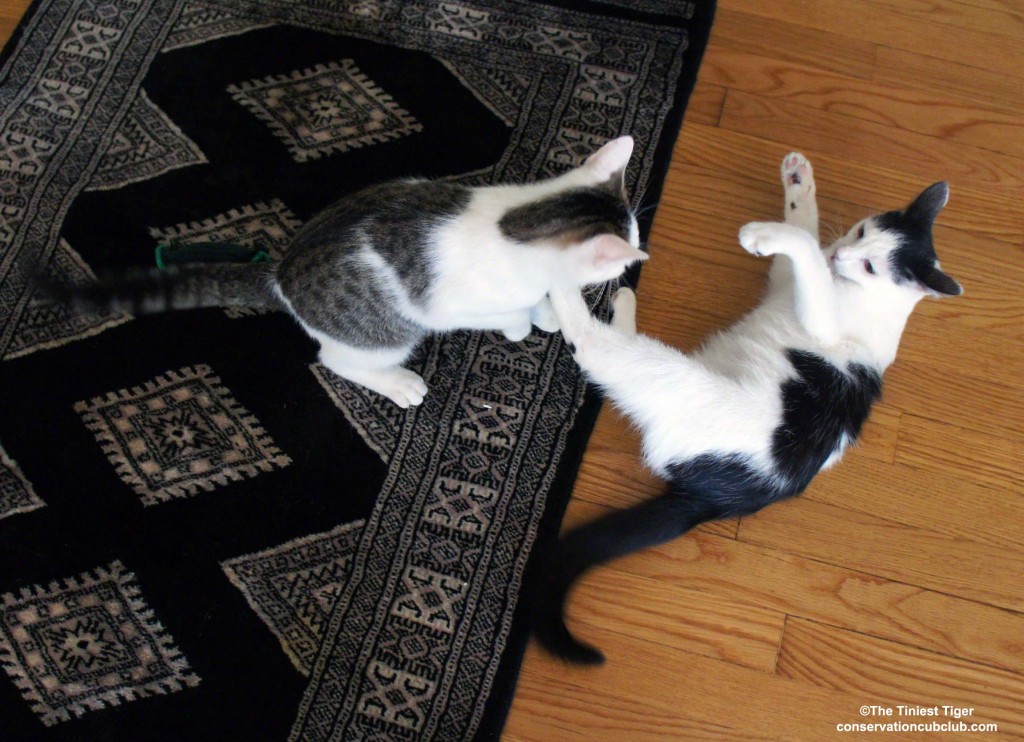 This type of rumble typically results in racing through the house, down the stairs, around the man cave, back up the steps and then back to playing peacefully.  Where is Mercy?  Usually on his pillow on the ottoman or seeking refuge on the mantle. 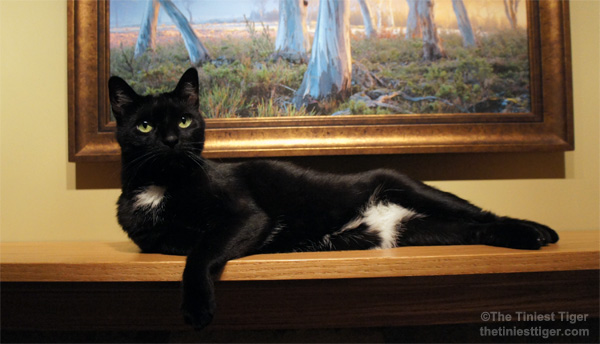 Kittens will be kittens.

No matter what squabbles occur during the day, in the late afternoon 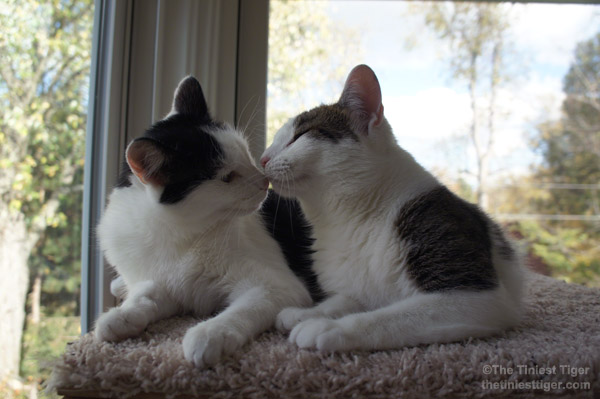 and in the evening after dinner, Annie and Eddie are snuggled together. 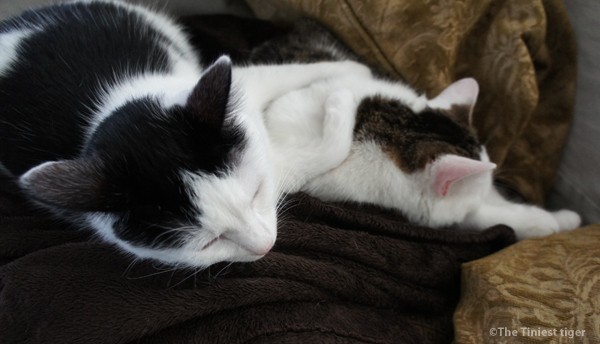