Even if crowned the king of the forest, a lion’s life is anything but pampered. In addition to loss of habitat, conflicts with humans, and being a target of trophy hunters, the male lion must defend his territory from  younger lions on the prowl to establish their own kingdom. While the females hunt, the male sleeps because it is his job to defend the pride from intruders. When a male lion grows older, he will no longer be able to protect his throne from the stronger males keen on forcing his abdication.  The older lion is often killed or forced to leave his home territory and pride.  The law of nature, circle of life is understood and accepted. 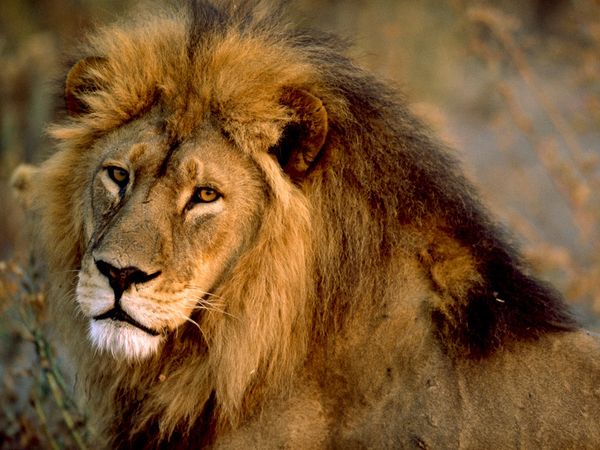 photo courtesy of Gir Forest-Only One Place of Asiatic Lions

Recently an exception to this law of nature was observed.  For two weeks, forest officials watched as five young lions, including two brothers conspired to takeover a large portion of the territory in the Kherambha round. The reigning king was forced to exhaust all of his energy to protect his kingdom. In the end, the older lion was not able to triumph and the two brothers were crowned kings in the takeover of  the thirty two member pride, one of the  largest in the Gir sanctuary.

The Young Lions’ Coronation Was Postponed

What happened next was remarkable. Instead of killing the old lion or forcing him into exile, the brothers stayed near him. On a Tuesday morning, the two brothers began guarding the old lion, keeping vigil, one on each side at a distance of only 50 meters.  The young brothers did not move away from the king even as he took his last breaths and died of pneumonia on Saturday according to Dr. Sandeep Kumar, deputy conservator of the forest wildlife division. The brothers kept their watch until forest officials took away the body for postmortem.

Was this an exception to the rule, or perhaps just the first time this  behavior has been observed by humans. This turf battle was fought in the tourism zone, so forest officials were able to keep a close watch on the conflict. Senior forest officials including  the principal chief conservator of the forest were among those present to witness the tribute by the younger lions.

Grace and Mercy in the Wild

A bittersweet moment when time seemed to pause as the elder lion relinquished power to the next generation. Perhaps the young brothers were all too aware that their own reign will likely be brief and full of endless skirmishes. Most males lions prevail over a pride for a mere two to three years.  We will never know for sure if the brothers postponed their own coronation out of respect and admiration for the dying king. But this extraordinary  act of kindness, from two wild lions that live in a world without mercy, brought me to tears.

Previous Post: « Cat is Young at Heart
Next Post: Mission: Small Business The Tiniest Tiger Fashion with a Passion. »