On March 1, 2011, an alliance of wildlife protection and conservation groups petitioned the Secretary of the Interior to list the African lion as an endangered subspecies pursuant to the United States Endangered Species Act (ESA). These groups included Born Free USA and Born Free Foundation, Defenders of Wildlife, The Fund for Animals, Humane Society International and The Humane Society of the United States and the International Fund for Animal Welfare. 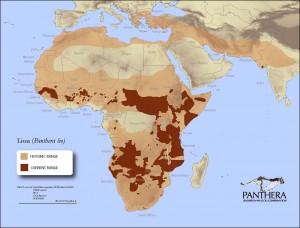 As hard as this is to believe, until lately, the conservation of the African lion was not an issue of significant concern. This was because as little as 50 years ago, more than 450,000 lions roared across their land. The African lion population was considered abundant, healthy and wide-ranging. For this reason, their steady decline over the last 5 decades was overlooked. Proactive conservation measures to confront the primary threats to the species were not and still are not in place. Today there are only an estimated 20,000 individuals, of which there are an estimated 3500-5000 males remaining. The primary threats to the African lion are retaliatory killings resulting from human-lion conflict, habitat and prey loss, and disease.  another primary threat is the international trade in lions and lion parts.

The United States is the world’s largest importer of African lion parts, for hunting trophies and for commercial use.  From 1999 and 2008, 7090 lions from a wild source were traded internationally for recreational hunting purposes.  Most of these lions, 64% of the total, were imported to the United States. Even though there has been a continuous population and range decline for the lion, the United States lion trophy imports have increased.  Imports in 2008 were larger than any other year in the decade and twice the 1999 number.

This direct killing of the targeted male lion for a trophy carries an incremental blow to the lion pride that the greedy and small-minded hunter may not consider. When the males that are part of a pride are killed, the new governing males will kill all the prides cubs less than nine months of age.  The females often fight to the death to protect their cubs. Every time a male lion is killed for “sport” between 12 and 20 lions are killed, changing the bloodline forever.

Hope comes in the listing of the African lion  as endangered under the ESA. Listing the lion will: 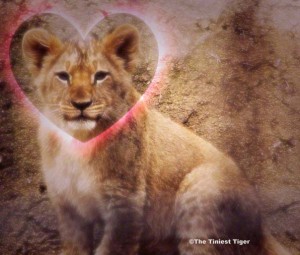