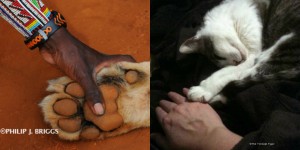 We are grateful for those that care for all cats, big and small

In 2011, we threw out making resolutions and decided that in 2012 we  wanted to focus on gratitude. One of the things we are grateful for are stories of positive change, of hope and of  a spirit that remind each and every one of us that changes, however small can and do make a difference.  The Maasai and The Lion Guardians are a shining example of how an idea sparked change and is bringing hope for the African Lion. 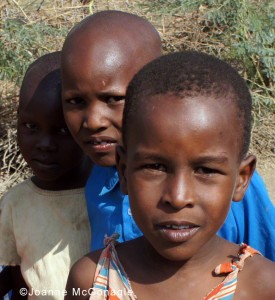 When a Maasai boy is born, he is given two names, his father’s family name and a given name. The child will carry this name throughout his youth until he reaches the age of 16-18. This is the age that the boy is circumcised and he stops being called by his given name but is addressed by the generic name Moran meaning warrior.

There is tremendous pressure on the young Moran to earn a name to distinguish himself  from the other warriors. Every warrior wants to earn a name that will symbolize his strength, courage and prowess to protect his community.  Traditionally, in Maasai culture, the first warrior to spear a lion in a successful hunt was given a special name that represents the characteristics of both the warrior and the lion he speared. The warrior would be given a name  like Olamayiani meaning the blessed one, or Mingati, meaning one who is fast and doesn’t lag behind. 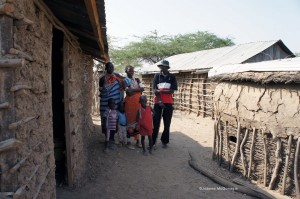 When a warrior would bring back the lion’s mane and tail  to his home, he would be treated as a hero and there would be a celebration. The other warriors who had not yet earned their individual name longed for this same recognition and so they too would dream about the day they would return to their homes with a lion trophy.

Today with the dwindling African lion populations, the Maasai leaders recognize that they too need to change so that future generations will be able to live with lions as they have for centuries.  The killing of lions is now discouraged, and this means that the newly appointed warriors are not given the opportunity to earn themselves a lion name which is something they have dreamed about their entire lives.

The Lion Guardians from Eselenkei group ranch decided to start calling some of the young warriors by lion names, even though they had not yet speared a lion. As a result, the younger boys and girls in the community began calling the young warriors by their new lion names and soon after, the elders of the community joined in. This small experiment showed that the majority of warriors desire for their individual names trumped the desire to spear a lion.

The few warriors that still felt the need to prove themselves by an act of bravery to earn their lion names were given Lion Guardian tasks. Once these warriors could prove that they understood the importance of  African lion conservation and they are able to protect a lion, they are given a lion name that reflects the personality of the lion they are protecting. The young warriors are now celebrated and honored for protecting a lion and not for killing! 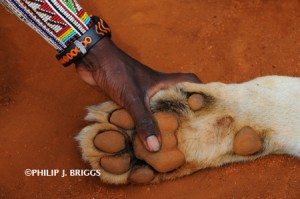 This amazing example of how a deeply traditional culture like the Maasai is able to adapt while holding on to their values and ethics of being a Maasai Warrior brings hope not only for the African lion but for every living being. Change for the better is happening every day. We just need to focus on the good and throw out the bad.

I hope you liked this story of hope and promise for a brighter future for our big cat cousins the African lion.

Previous Post: « Out with New Year’s Resolutions! In with Gratitude!
Next Post: Jackson Galaxy, Cat Behaviorist, Talks Tiger with Gracey »