Mountain Lions are Native to Nebraska

Mountain lions are native to Nebraska.  European settlers eradicated the big cats through hunting, poisoning and trapping in the 1800’s and in the 1990’s, over one hundred 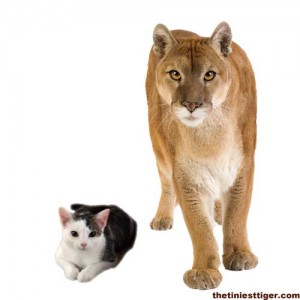 years later, the cats began to come  back into Nebraska  from neighboring states. Today, an estimated 22 lions roam Nebraska, predominately in the northwest.

In 2012, Senator LeRoy Louden of Ellsworth introduced a bill (LB928) on behalf of Game and Parks to allow hunting seasons to help the commission manage mountain lions.  Louden said in a public hearing, even though no one has ever been killed by a mountain lion in the state,  “..my god, heaven forbid that it does happen. I mean, look around you. Which one of you or your neighbors are going to be the ones that have this happen to your family?”

Greater Chance of Winning Powerball  than Being Attacked by a Cougar

Mountain lions are also known as Cougars and Pumas and according to the Cougar Fund, the odds of being attacked by a cougar are higher (one in 300 million) than the odds of  winning the Powerball jackpot (one in 175 million). Penny Maldonado, managing director of the nonprofit Cougar Fund, said attitudes about mountain lions being problem animals are based on false beliefs.

“Hunting is not an acceptable form of management, she said. It can have undesirable consequences when kittens are orphaned. Females are pregnant or have dependent young about 75 percent of the time. The female kill rate is 47 percent across the states where cougars are legally killed for sport. Without the guidance of a mother on how to behave appropriately as a wild animal, maintain territory and live on their own prey base, young cats can get into trouble in encounters with people, pets or livestock.  We understand people’s fears. But there are ways to protect people and livestock without recreational hunting.”

Mountain Lions are Biologically, But Not Officially, a Threatened Species

Nebraska citizens already have license to kill the big cats for self protection or for killing their livestock.  Mountain lions are biologically, but not officially, a threatened species in Nebraska.  The gene pool of the re-emerging  mountain lions in Nebraska is too small to sustain a viable population even without losing individuals to hunters. Viable breeding populations are found in 16 states, 14 of which allow them to be hunted for sport.

Sam Wilson, Game and Parks program manager, testified at the time the bill would provide an opportunity of a lifetime for a hunter, provide funding and research management of the species and buy-in from private landowners.

“I just think it’s a wonderful part of nature that  needs to be managed,” said Joe Herrod of the Nebraska Council of Sportsmen’s Clubs. “And the best way to manage it is with hunters.”

Wes Sheets, from the Izaak Walton League, compared the cougar to a weed that’s out of its place and needs to be managed.

Bassett rancher Lance Kuck said that while he would love to hunt a cougar, they cause no problems for him and he doesn’t mind living with them. 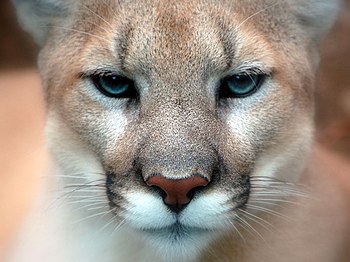 In July of last year, the Nebraska Game and Parks Commission  unanimously approved a hunting season to begin in early 2014 for mountain lions using an auction, lottery and permit system.  For the first time in more than a century, people  have a chance to hunt mountain lions in Nebraska.

Nebraska Senator Ernie Chambers is on a crusade to stop the hunting of mountain lions in Nebraska. Chambers sent a letter to colleagues laying out the issues on the cougar hunts and restated his determination to fight any legislation related to the Nebraska Game and Parks Department in the 2014 session  until parts of a law that cleared the path for hunting seasons on mountain lions are repealed.

Wildlife photographer and Nebraska native Tom Mangelsen supports Chambers and said, “To have a sport hunt just for fun and kill an animal that leaves young abandoned is just not humane and it’s not what we as humans should be doing in this 21st century,”

On Thursday, January 2, 2014 two Nebraska hunters each shot and killed a mountain lion. Tom Ferry of Ponca killed one of the cats in the morning, on the Ponderosa Wildlife Management Area southeast of Crawford.  Two hours later and twenty miles away, Holden Bruce, 16, of Franklin killed a mountain lion on Snowbelly Creek northeast of Harrison. The cat Ferry killed was estimated to be 5 years old , weighing 150 pounds and Holden’s cat was 2 years old weighing 102 pounds.

Ferry paid $13,500 to be the winning bidder at a Nebraska Big Game Society auction in October for one of the first mountain lion permits. Ferry has hunted in Africa, Canada, New Zealand Russia and the United States.  Among his 150 trophy mounts are mountain lions from Arizona and Utah.

Holden, a high school sophomore won his permit in a lottery open to all Nebraskans.  He paid $15 to enter the lottery. Holden killed a 13 year old male mountain lion three years prior in Arizona.  The big cat’s tanned skin hangs on Holden’s bedroom wall.

Both hunters were aided by dogs, which picked up the big cats’ scent and then tracked and chased the cats into exhaustion and up into trees.  The mountain lions were killed while  resting on branches of the trees.

What Do You Think?

What do you think about the decision to allow mountain lion hunts in Nebraska?