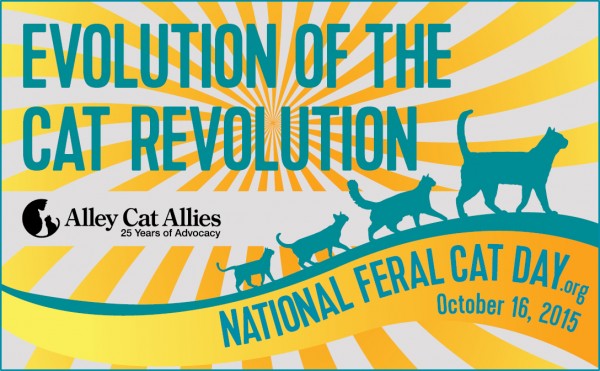 Alley Cat Allies launched National Feral Cat Day® in 2001 to raise awareness about feral cats, also known as community cats.  The goal at Alley Cat Allies is to promote Trap-Neuter-Return and empower and mobilize the millions of Americans that have compassion and care for cats.

National Feral Cat Day is observed on October 16 every year, and this years theme is  “The Evolution of the Cat Revolution.”

In honor of National Feral Cat Day we wanted to share a few Feral Cat Facts with you so you can help spread the word about the community cats that share our world. 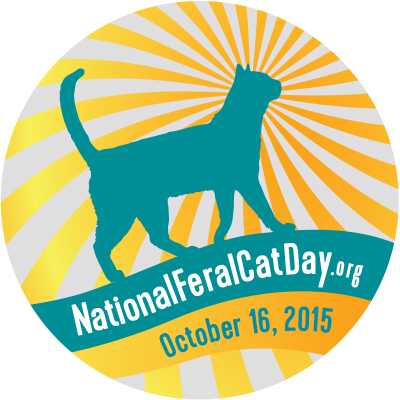 This is why it is so important for  you to join and be a voice for cats on National Feral Cat Day®, and every day, to help change society and create compassionate communities for cats.

To learn more about Alley Cat Allies and for downloads and templates to help you participate in  National Feral Cat Day pounce here:  Spread the word.

Previous Post: « Tidy Cats LightWeight Gives You More in Every Pour Giveaway
Next Post: Lions In The Balance Giveaway »