A Moment of Silence for the Amur Tiger

I have something super serious to tell you. Eight Amur tiger skins have been seized from a citizen in the town of 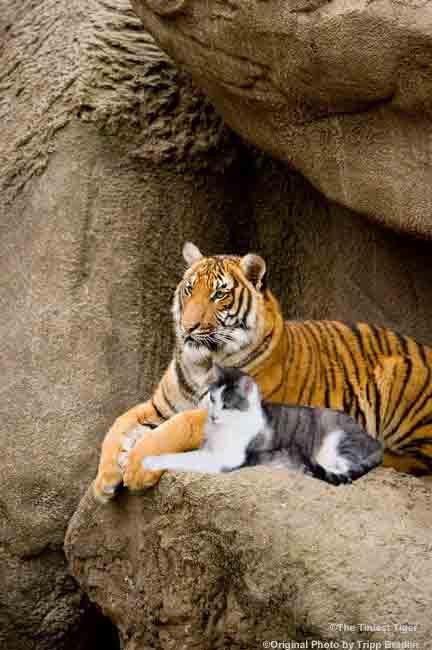 A Moment of Silence for the Amur Tiger.

The deaths of these tigers is a crushing blow to wild tiger conservation. There are only an estimated 8-10 adult Amur tigers living in the Lazovsky Nature Reserve, one of the largest nature reserves in the Primorye, the far south-eastern edge of Russia.

The Amur tiger is in a battle against extinction. Scientists are worried that even though there are around 500 Amur tigers  surviving in the wild, low genetic diversity is making the subspecies vulnerable to disease. In fact the effective population was estimated at just 14 individuals remaining.  The troublesome low effective population size dims the hope for the recovery of the big cat.  To lose 8 healthy tigers, an entire family, to poachers is devastating.

It is important to understand there are many people in the Russian Far East that are protective of the Amur tiger (Panthera tigris altaica), you might know this tiger better by the name Siberian tiger. This tiger subspecies is listed as  critically endangered in the International Union for Conservation of Nature (IUCN) and in the Red Books of the Russian Federation. Following the International Tiger Forum in St. Petersburg in 2010 the Russian Government began allocating  money to conserve Amur tigers in protected areas. But they are facing a formidable opponent and that is the demand for tiger skins and  tiger derivatives, such as bones and other parts for tiger wine, soups and traditional medicinal practices. As the tiger population dwindles, the price of tiger parts goes up because of scarcity.

A new survey of the illegal trade in wildlife across Asia conducted by wildlife and conservation NGO’s and media companies discovered that the younger generation is driving the increasing trade.

The most profuse purchasers of animal products are wealthy urban males  between 25 and 45 years of age. These young men are not buying tiger parts, rhino horn, and ivory  as cures for cancer or fertility boosts but as status symbols and investments. A finding that disputes the common belief that the majority of buyers use wildlife product for traditional medicinal practices. This survey of consumers across 15 Asian countries indicated that the pursuit for prestige and  status is driving most of the current slaughter of elephants, tigers, pangolins, bears and rhinos.

This is super spooky news for the tiger.  Until now, the hope was that as the population aged, the old ways of using tiger parts  would eventually stop as the younger generations would be more educated and care about tigers.  Sadly, this is not what the survey results showed.

The Chinese government is allowing trade in tiger skins from tiger farms and skins taken before poaching was illegal.  This trade is acting as a smokescreen for poachers killing wild tigers. If China does not stop this trade, there is little hope for our big cat cousins.

Thank you for caring for all cats big and small.

Previous Post: « Which Protein is Best for your Cat? Ask an Iams Expert Here!
Next Post: Friskies Search for Next Great Original Internet Cat Video »