And if this isn’t super exciting enough, one of the judges is our good friend Karen Nichols, mother of Skeezix and editor of Mousebreath!  This makes me want to run and scratch the sofa from excitement. 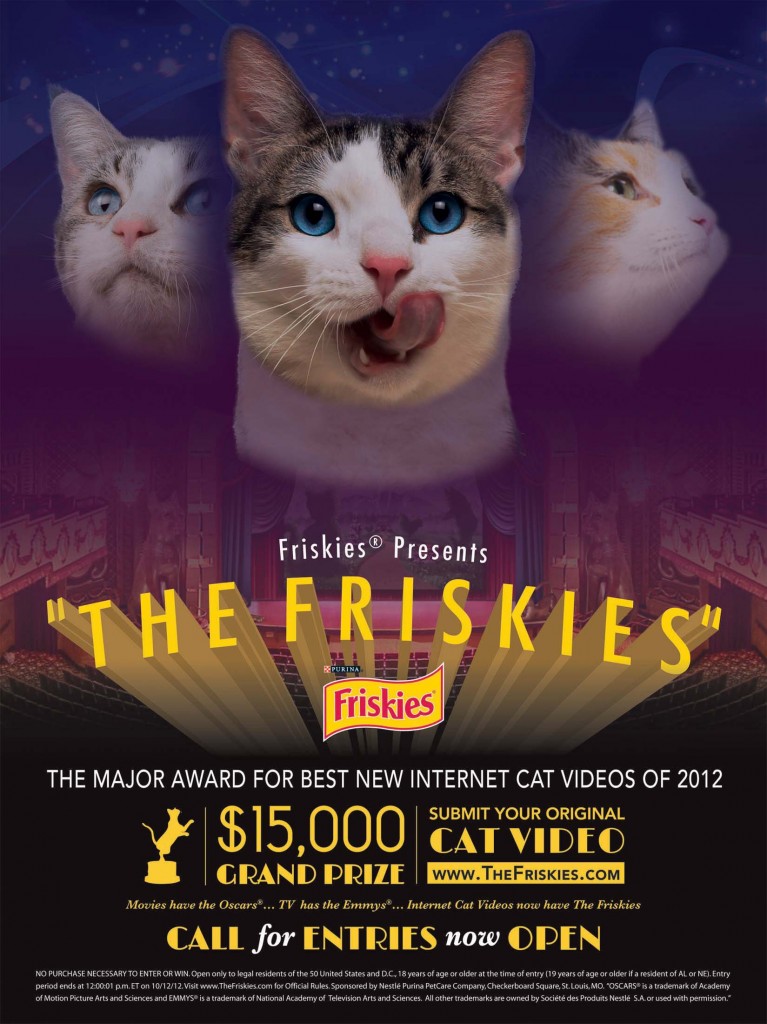 Humans have been creating and sharing the videos they take of their cats just for fun.  but now, cat parents and  cats have the opportunity to  be recognized for their achievements.

“We love cat videos because they showcase the imagination of both cats and their owners,” said Shaun Belongie, Friskies brand manager.  “Some may say that there are too many cat videos on the Internet already.  We don’t think so.  We’re launching ‘The Friskies’ because we think the next great cat video is just waiting to be discovered.”

“The Friskies” formally celebrates the genre of Internet cat videos by awarding cash prizes and trophies in specific categories. The contest also rewards the online community’s participation efforts with donations of Friskies cat food to cat charity organization partners. Friskies has committed to donate 125,000 cans of cat food to cat charity organization partners.  Each time someone enters the contest, votes, or likes or shares a video; five additional cans of Friskies cat food will be added to the total number of cans to be donated, up to a total of 250,000 cans.

The call for entries is open now through October 12 at www.TheFriskies.com. Up to Twelve finalists will be chosen for the judging and public voting phase in October, and winners will be announced in November. Each finalist will receive a one-year supply of Friskies cat food, and an original Friskies cat statue, the “Cat-uette.” The grand prize winner receives $15,000 and the honor of “Best Video,” and four category prize winners receive $2,500. The Cat-egories include:

Catcom: Your cat in a humorous situation

Catch All: For entries that don’t fit into one of the other categories

Entries must be original videos no longer than three minutes. Videos will be judged on originality, overall artistic impression, cinematography, technical production, audience appeal and entertainment quality, cat playfulness or quirks, sense of a story being told, and portraying cat’s perspective.

For a contest of this magnitude, Friskies recruited a highly-qualified panel to judge the finalists’ videos. The judges hail from acclaimed professional backgrounds in art design, various aspects of the film industry, and cat lifestyle media: 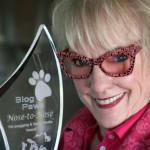 Karen Nichols, mother of Skeezix and Editor of Mousebreath!

Michael Showalter: Actor, comedian, cat humorist, and professor at NYU’s Tisch School of the Arts known for co-writing the cult hit Wet Hot American Summer and as a member of the sketch comedy trio Stella.

The best Internet cat video stars and their directors aren’t the only winners of “The Friskies.” The contest is possible in part because many rescue cats have found happy homes…with owners who love sharing videos of their cats’ awesomeness on the Internet.