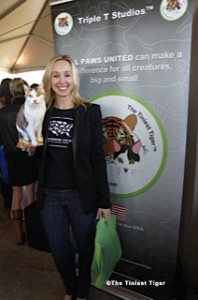 Last month Secret Room Event’s Luxury Lounge honoring the Academy Awards at the L’Ermitage Beverly Hills helped to raise money and awareness for The Humane Society of the United States. The Tiniest Tiger Hipster was part of the Secret Room Event and celebrities attending and  The Humane Society liked the bag so much it was chosen to be part of the gift for the 26th Genesis Award Celebrity Presenters.

We are honored that The Tiniest Tiger Hipster was chosen to be part of the Genesis Award Celebrity Presenters Gift because The Tiniest Tiger’s Conservation Cub Club’s mission is to spread the  message that small paws united can make a big difference.

The Humane Society of the United States pays tribute every year to news and entertainment media for producing outstanding works that raise public awareness about animal issues. The 26th Genesis Awards will be held on Saturday, March 24, 2012 at The Beverly Hilton in Beverly Hills, California.

Many Hollywood celebrities are compassionate and love getting 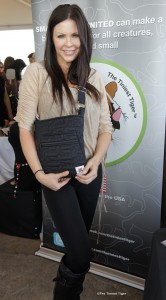 Christa Campbell with wearing her The Tiniest Tiger Hipster

together to celebrate the media’s effort to raise awareness about animal issues. Many celebrities that are asked to present  feel that this is the award show where it truly is as much of an honor to present as it is to receive.

Throughout the day, many celebrities stopped by to chat about The Tiniest Tiger and our mission to care for all animals big and small. Everyone was super interested in learning more about how to save our big cat cousins. We had a great time meeting so many nice people too.

Christa Campbell stopped by and she liked The Tiniest Tiger Hipster bag so much she posed for a photo wearing the bag. 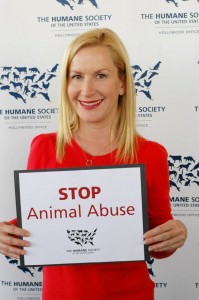 Angela Kinsey of The Office

Angela Kinsey from The Office is one of the presenters for this year’s Genesis Awards.

I met Angela at the Secret Room Event and I think she was smitten with me, if I do say so myself. 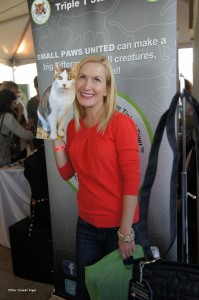 A Few Photos from the Secret Room Event 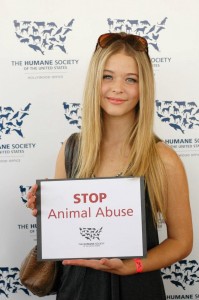 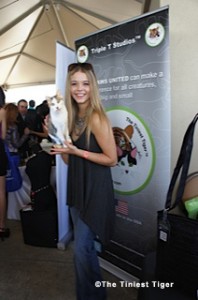 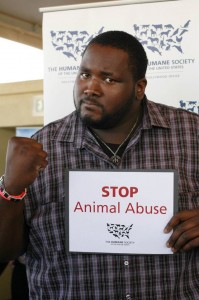 Quinton Aaron of The Blind Side 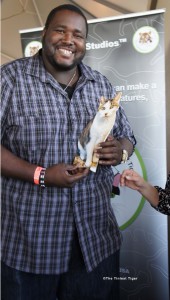 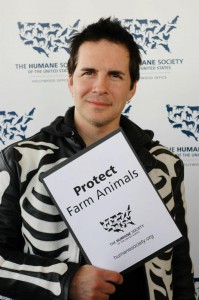 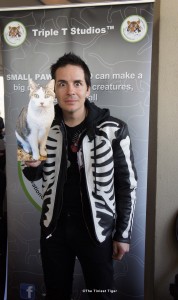 Hal Sparks and Flat Gracey. (Hal is on the right.)

Thank you for caring for all animals big and small!