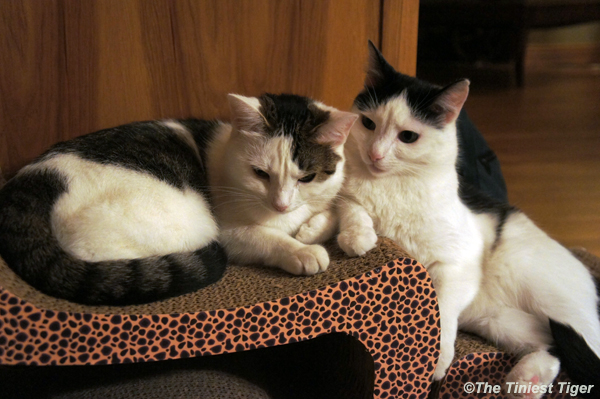 Eddie informs Annie that their midnight raids might be over.

Cats in the Cupboards

One night, not so long ago, I woke up to the sound of a thump followed by what I thought sounded like a cat treat bag being opened.  When I went into the kitchen to investigate,  sure enough, Mercy and Eddie’s paws were making the crinkly sound while trying to open up a treat bag.  Annie was supervising, still standing on top of  a box on the counter with the cupboard door wide open.

When she saw me, she didn’t run away but gave me her signature head tilt and “May I help you?” look.  Eddie and Mercy froze in place, perhaps realizing they were doing something they shouldn’t, but not Annie.  She was quite proud of her accomplishment. And I can understand that.

You see, in order for Annie to open this cupboard and reach the cat treats she first needed to shove a box at  the other end of the counter underneath the treat cupboard.  The treats are not on the first shelf of this cupboard, I keep my cookbooks on that shelf.  Annie realized she would need  a makeshift step ladder to reach the treats. Once she had the box in place under the cupboard, it was easy for her to open the cupboard door with her paw.  When she pushed the door fully open, she was able to stretch up and bat out a bag of threats onto the floor for the boys to pry open.  A simple plan.  And it would have worked perfectly, had the treats not made a thumping sound when they hit the floor followed by the crinkle, crinkle, crinkle of the treat sack.

The look on their faces was priceless. I try not to reward bad behavior but this time I did give each cat a couple of treats. I moved the treats to another cupboard that was not accessible without Annie figuring out how to get out the step ladder from the laundry room, so I felt pretty confident we would make it through the night.

The next night however, Paul woke up to a crinkly sound and found Annie batting around a cough drop. This meant she had gotten into the medicine cupboard and this time we could not just go back to sleep.

We agreed we were going to need to get cat-proof locks for the cupboards but needed something to work in the mean time.  We used packing tape and it worked just fine.  Annie was unable to get the door open.

As you know, cats are clever, and they watched Paul and I with great interest as we worked to secure the cupboard doors.  Mercy went off to bed but Annie and Eddie took their  front row seats to observe.  I think their conversation might have gone something like this.

Eddie informs Annie their midnight cupboard raids might be coming to an end.

“Annie, I think we are in trouble.  And it looks like our midnight raids of the cupboards might be coming to an end.” 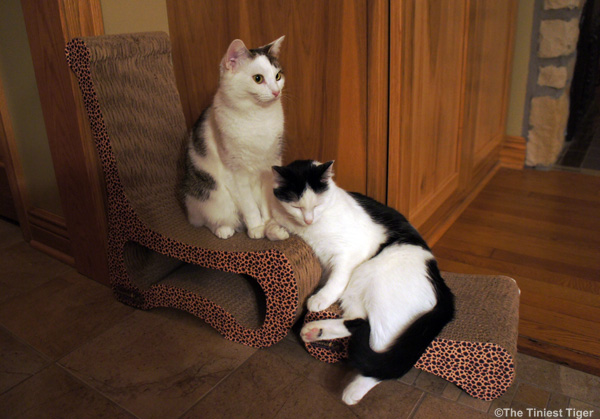 “Ok, look nonchalant.  Just stay relaxed and appear unconcerned with what they are doing but watch out of the corner of your eye.” 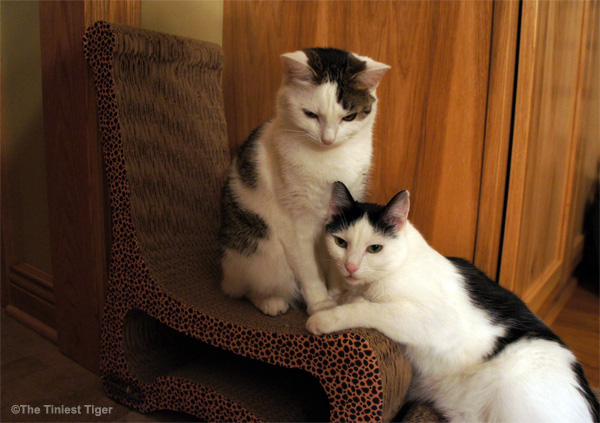 I think they know we are watching

“Annie, I think they know we are watching.”

“Well, they do now that you are looking right at them.  Eddie, you need to practice being aloof.  Let’s try to appear innocent and ask for some clarification about why they are taping the cupboards closed” 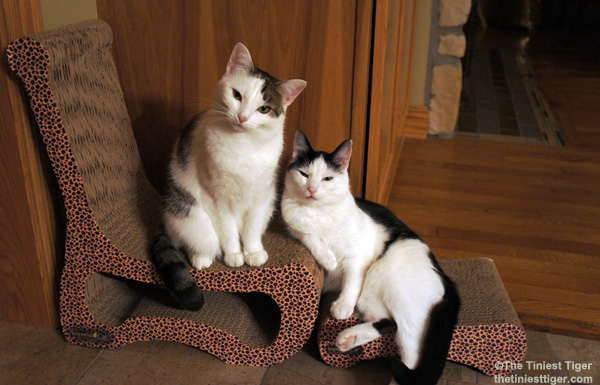 So, you are saying you don’t want us to get into the cupboards?

“So, you are saying you don’t want us to get into the cupboards?”

Paul answered, “That’s right.  This will keep you safe for now.”  And he added one last strip of tape securing the last cupboard door. 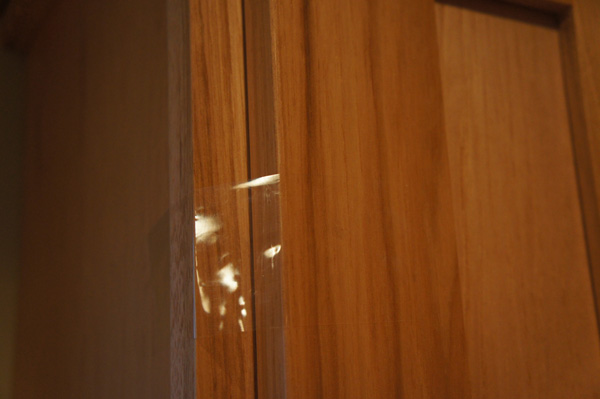 Packing tape keeps little paws from being able to open the cupboard.

“Annie, you need to practice looking innocent.”   Eddie said feeling quite pleased with himself. 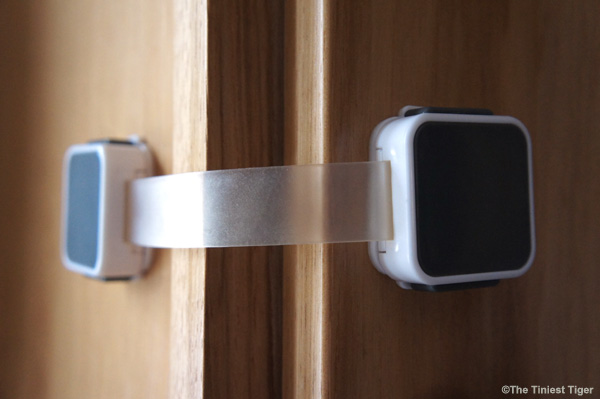 We chose the Munchkin Xtraguard Dual Action Multi Use Latches.  We like these latches because they are easy to install with the provided adhesive and they won’t damage the cupboards.  They are as easy to remove as to install too.  The flexible strap allows latching around corners.  You can release and rotate the latches when they are not in use.  The best feature is that these latches require dual button operation to release!

The packaging warns that as your child matures, they will learn how to operate these latches so remain vigilant.

Paul and I figure we might have a little time before Annie figures it out.

Previous Post: « Victory For The Jaguar. Protection Awarded for the Wild Cat.
Next Post: The Comfort of Cats »