Friends, it is my privilege to introduce to you Mr. John Vaillant, the author of The Tiger: A True Story of Vengeance and Survival (Knopf,2010). John’s book is a bestseller in the U.S. and Canada and has won numerous awards, including British Columbia’s National Award for Non-Fiction.  John’s first book, The Golden 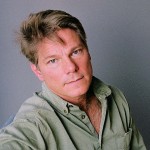 John Vaillant, author of The Tiger

Spruce (Norton, 2005), was also an award-winning bestseller. John’s work has appeared in The New Yorker, The Atlantic, National Geographic, and Outside.

John is giving away a signed copy of his award winning book to one lucky Friend that shares a comment or asks a question in the comment section below this post.

Gracey: Welcome to The Tiniest Tiger’s Conservation Cub Club. I am honored to be interviewing you because your book, The Tiger; A True Story of Vengeance and Survival is my favorite book.

John: Thank you, Gracey.  I’m so glad you like the book!  And I’m happy to be able to talk with you about this tiger, and cats in general.

Gracey: Our community cares for all cats, both big and small. I am one of the smaller cats in the feline family, but the star, I mean the Tiger, in your book is an Amur tiger, which is the largest subspecies of tiger. During your research did you see any Amur tigers in the wild in the Russian Far East?

John: Well . . . I got pretty close.  I saw clawmarks, pugmarks, scat and scent trees (now there is a perfume for you), but I didn’t see any Amur tigers in the wild.  However, I did see some beautiful ones in the snow at a rehabilitation center.

Gracey: All cats are smart, wouldn’t you agree?  But the Tiger in your book is a super genius cat.  This tiger has an incredible memory and is able to stalk and track down the hunter that shot him.

John: Yes, I think for a cat – of any size – to survive in the wild, it has be a master of its environment, and that includes knowing its limitations (especially for the tiny ones!).

Cats are quick studies and memory is as much a survival tool for them as it is for us so I’m not surprised that this tiger was capable of remembering and tracking the man who wounded him.  Honestly, I’m surprised that this kind of thing doesn’t happen more often.

Gracey: Were you surprised that this tiger was carrying out what appeared to be an act of retribution?

John: The idea of retribution or revenge is a human concept, of course, and it is a useful way for humans to describe what this tiger did.  However, if I was a cat trying to explain this tiger’s behavior to you or another cat, I would say that he was removing a threat and competitor from his environment.  This is something dominant cats are pretty good at.  This particular human also provided the tiger a meal into the bargain.

Gracey: Tigers are known to attack their prey from behind, but this tiger attacked the hunters from the front, like they were adversaries. Do you think the Tiger knew when he saw a gun, that the person might be his enemy?

John: I think this tiger had ‘firstpaw’ experience with guns and so would have known their smell and, more importantly, the ‘profile’ of the kind of human who carried them.  For this reason, I think he would have known that people with guns were potentially dangerous.  If I had to guess, I’d say the tiger’s knowledge and behavior was the combined result of prior experience, hunger and injury.  This poor tiger was being pressured from many different directions at once so it would have been a combination of factors.

Gracey: I have been trying to develop my powers of invisibility after reading your book.  This Tiger was able to hide in plain sight, right out in the snow.  Did you uncover any secrets of how an orange and black tiger could become nearly invisible in the white snow?

John: It is truly amazing that such a large animal was able to do this.  The function of any camouflage is to disrupt patterns – in the case of a tiger (or a tabby cat), the stripes disrupt or break up the image of the cat so prey can’t see it as easily.  If you look at pictures of this tiger in the book or on my website, you can see that Amur tigers also have quite a lot of white fur, which can help them to hide in winter.  This tiger’s stripes and coloring, along with its capacity for absolute stillnes, may have been enough to disrupt the ‘tiger pattern’ those men carried in their minds.  Some hunters – Russian and native alike – might also attribute this tiger’s invisibility to its psychic powers.  Either way, it’s pretty amazing!

Gracey: Amur tigers can withstand extremely cold temperatures but this Tiger went inside a cabin and dragged a mattress out into the open so that he would be more comfortable waiting to seek revenge on his assailant, or I should say remove him as a threat from his environment.  Do you think the Tiger’s ability to think and plan was a surprise to the people that have been living with tigers in the Russian Far East?

John: I think the mattress surprised everybody!   That said, people familiar with tigers in the Far East have great respect for their intelligence and resourcefulness. What is most striking to me about this tiger and this series of events is how you can see the tiger learning, modifying his technique from encounter to encounter.  For me, this is one of the most chilling aspects of the story.

Gracey: When I was reading The Tiger, I was struck by the importance of the tiny Korean pine nut to the survival of the Amur tiger.  Everything is connected, even the mighty Amur tiger to the tiny pine nut.  Do you think that humans understand that less forest means fewer tigers?

John: Some humans do, for sure.  Westerners who understand the ecosystem of the Far East have known about this interdependence for decades, and the indigenous people have known for far longer than that.  Many of the people seeking to log in Amur tiger habitat are not local, and have no desire to understand what they destroying.  They have tunnel vision leading directly from the trees to their own pockets.  This makes it all the more important for people who do understand this connection to make their presence known with letters, phonecalls or donations to conservation groups!   Readers can find a list of recommended organizations at the end of this interview.

Gracey: I appreciate that you wrote the story so that the Tiger was not viewed as a “bad guy” but just doing what he needed to do to survive.  Even though you knew how the story ended, did you find yourself rooting for the Tiger?

John: Well, it’s awfully hard to fault a tiger for wanting to settle accounts with the man who shot him.  The real tragedy is that the wound he got was ultimately fatal.  All of the tiger’s subsequent efforts to survive were only delaying the inevitable, and on his way down the tiger ruined a number of innocent people’s lives.  It was a tragic situtation for all involved, and this made it more complicated for me as far as who to root for.

Gracey: Do you share your habitat with any cats?

John: Yes, I do!  A beautiful (neutered) silver tabby who is just under a year old.  I love him dearly and he is wonderful with the children, but recently, he has discovered his hunting side and is turning into a very effective killer of mice and birds.  In this way, he is like Jekyll and Hyde – playful and cuddly in the house and absolutely deadly outside.  This poses a real problem for me as I can’t stand him killing birds.  I need to find a way for him to be outside, and not deplete the local bird population.  Is this possible?  Any advice on how to handle this would be greatly appreciated.

Gracey: I am an indoor only cat.  My parents built me a sunroom and I observe the back yard and chat with my friend Bossy Backyard Blue Jay through the screens.  There are cat enclosures that keep birds safe and also allow your cat to enjoy the grass and the outdoors. Maybe an enclosure would keep everyone happy and relaxed.

Thank you again for taking the time to talk with us here at The Tiniest Tiger.

John: It’s my pleasure, Gracey.  Thank you for reading The Tiger.

Donations of any size are greatly appreciated

I also have lots of current Tiger info on my Facebook Tigersite: http://www.facebook.com/JohnVaillant

If you have a question or a comment for  John, just type it in the comment section below.  One lucky Friend will receive a signed copy of The Tiger!