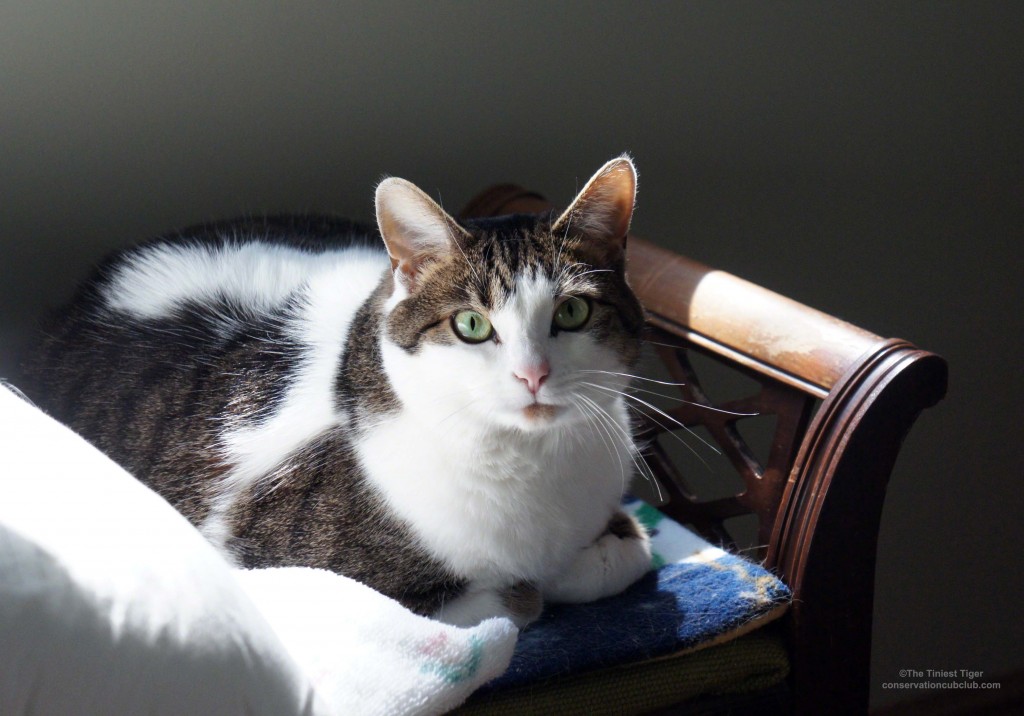 Maggie on her bench and blanket from Marie’s house

Maggie came into our lives after we lost our dear friend and neighbor Marie.  We had just adopted Annie and Eddie and were still trying to get two kittens adjusted to their new home when we brought Maggie home.  Maggie is only four years old so we hoped being around the kittens wouldn’t be too tough a transition.  But Maggie was used to living as an only cat and spending her time with Marie.  This was a big adjustment for her.

We brought the bench with the blanket that Maggie liked to sleep on beside Marie’s bed, a comforter that she liked to curl up on at the foot of the bed, her food and water bowl, her toys and the food she was used to eating.  We prepared our master bedroom for Maggie.  We placed her litter pan in the master bath and her bench in front of a window so she could watch the birds in the tree outside.

Maggie was allowed her privacy in the bedroom to take her time adjusting to her new home.  We kept Annie and Eddie out of the bedroom by placing a gate in front of the door when we were home and the door closed when we were away.

Maggie might be one of the most timid cats that I have known.  She spent the majority of the first week in our house stuffed under the bed stand.  I honestly don’t know how she got under it because there isn’t much room.  We would have to lie down on the floor and talk to her to get her to poke her nose out but then just pull away.  At night she would sneak out and eat and use her litter pan.  We gave her the space and time she needed. 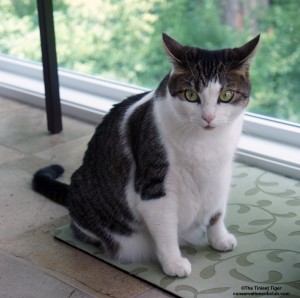 Maggie in the sun room

The second week, we caught her walking around the bedroom but as soon as she saw us, she would scramble right back under the bed stand.  I started to wonder if she would be able to adjust.  I thought I would try a pheromone diffuser for cats.  We went to the pet store and selected the  Sentry Calming Diffuser for Cats

because the package claimed that the diffuser would help with separation anxiety.  I admit that I was skeptical and as a marketer in the consumer packaged goods area I snorted to Paul that it was probably the same lavender diffuser we could buy at the grocery store for about $30 less.

We plugged the diffuser into the outlet underneath Maggie’s bench and hoped for the best.  A few hours later, Maggie was out from under the night stand and sleeping on her bench underneath the window.  We were gobsmacked.  Paul said, so much for it being the same as the lavender plug-in from Kroger.  I reminded him that we did not research this properly.  We did not have a control as a standard to compare against.  I am pretty sure he rolled his eyes as he walked back out into the living room.

I admit, I had low expectation and I can’t say that the diffuser worked. What I can tell you is that Maggie did not go back under the night stand.  She even jumped up on the bed that night and rubbed her head against my arm. I scratched her behind the ears and she began to purr.

We put Annie and Eddie into their deluxe condo crate at night so Maggie could prowl without being pounced on.  Paul set it up for them, so it has all the luxuries any kitten would need.  Then we left the door open to the bedroom and waited to see if Maggie might poke her head out and explore a bit.  We went about our business and low and behold, she made it out to the edge of the living room before beating paws back into the bedroom.  Every day she ventured a little further. I joked that once Maggie saw the sun room she might think, “Hey, this place might be alright!”  Then about a week later, we looked up from the sofa and there was Maggie out in the sun room.

Maggie likes to soak up the sun behind the curtain in my office too.  She is so quiet that most of the time I don’t even know she is there.   I looked out the door one morning and there she was looking up at me with her big eyes.  I said well there you are Maggie and she blinked her eyes at me.  I bent down to tell her that I was so sorry she lost her mom and that we promise to take good care of her. 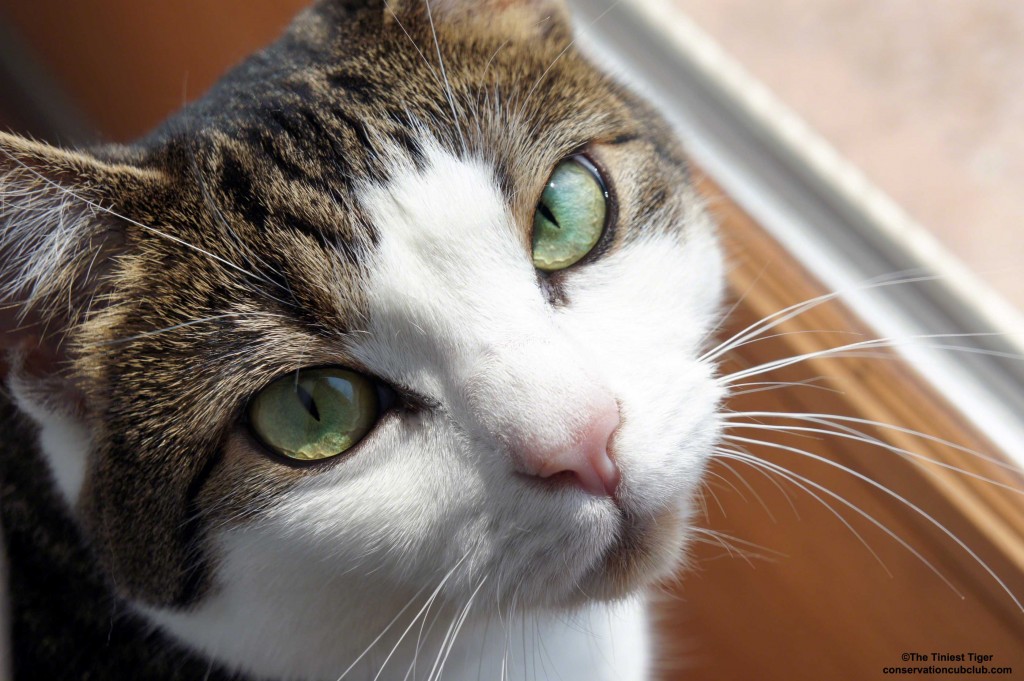 She looked so sad to me and I wondered if she could see the sadness in my eyes too.  I am not Marie and Maggie is not Gracey.  We both have been adjusting to our new lives.  A wave of sorrow washed over me and a few tears rolled down my cheeks.  I patted her on the head and went back to my computer.  The next thing I knew, Maggie jumped up on my desk, curled into a ball and went to sleep beside me. We’re going to make it.  Our hearts will keep mending one day at a time.