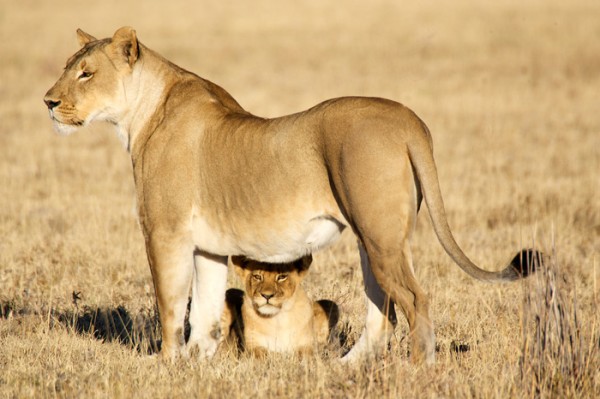 Alatash National Park is located in a remote part of north-west Ethiopia. The park was named after the daughter of Emperor Tewodros, Alatash, which means “be always with me”. Established 10 years ago, primarily to protect the habitat from desertification, a sort of green belt attempting to stop the Sahara. Alatash National Park (ANP) has never been visited by tourists. The tourism potential is quite low due to the remoteness, climate, insecurity and the unlikely chance of observing flagship species of wildlife.

Wildlife is not abundant, most likely due to lack of available drinking water. Visibility is low due to the vegetation. Park staff reported seeing warthogs and sometimes greater Kudu. Lions are rarely observed but are often heard across the park, along with hyenas along the border of the park near villages.

The University of Oxford’s Conservation Research Unit (WildCRU) set off on an expedition in an attempt to determine if in fact, lions are present in Ethiopia. With the use of camera traps, the team’s goal was to prove the presence of lions in Alatash National Park.

Upon their arrival, the chief warden confirmed the presence of lions in ANP, but no one had been able to capture an image. The warden informed the team that lions are heard nearly every night suggesting that they are resident there. 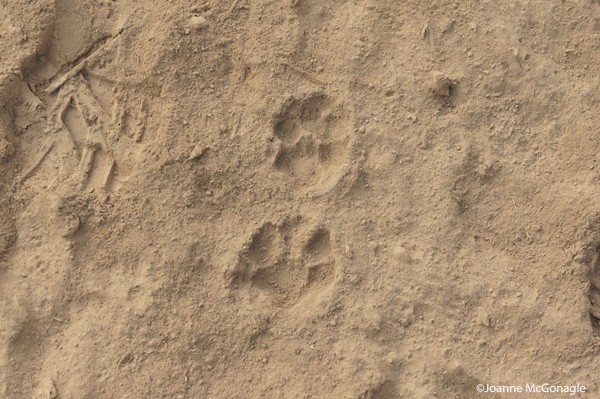 Lion cub paw prints This image is from Kenya, not Ethiopia

On the first day, the team, led by Hans Bauer observed the first proof of lion presence by finding a lion print in a dry river bed. “While I was walking to find some trees to put the camera on, I already saw some footprints,” says Bauer. “That was the eureka moment when I was sure that there really are lions.”

During the night, the team’s camera trap took  pictures of different animals including lions while the team heard the roars of at least one lion.  On the second day, the camera traps did not capture any new species, but various lion tracks were found in the sand. 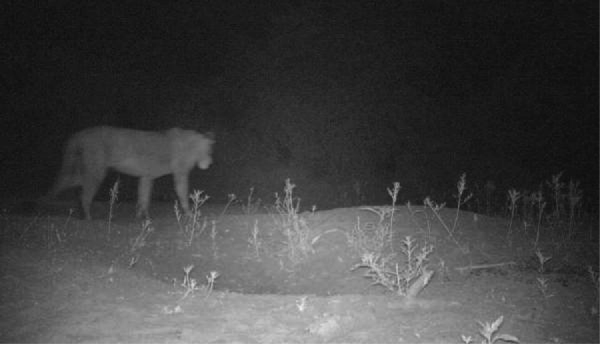 The objective of the rapid survey was to establish the presence of lions, and based on the findings, the team can speculate on the abundance of lions in the region. Considering the relative ease with which the lion signs were observed, it is likely that lions are present throughout Ethiopia’s Alatash National Park and the much larger adjacent Dinder National Park in Sudan. Due to limited surface water and low prey densities, the lion densities are likely to be low as well. The team conservatively assumes a density in the range of 1-2 lions per 100 square kilometers. On a total surface area of about 10,000 square kilometers, this would mean a population of 100-200 lions for the entire ecosystem, of which 27-54 would be in Ethiopia’s national park.

WildCRU discovered proof that lions are in alive and well in the park. “During my professional career I have had to revise the lion distribution map many times,” said Bauer. “I have deleted one population after the other. This is the first and probably the last time that I’m putting a new one up there.”

About 20,000 lions are left in the wild across Africa. Lion populations in west and central Africa are declining, and may halve in 20 years. Bauer thinks the lions of Alatash face fewer threats than many populations.

“The situation is fairly positive,” he says. “I think the fact that the Ethiopian government recently made it a national park is a giant leap forward. Now we have to support them in improving park management, but I think they’re taking it very seriously.”

Good news for the African lion.

Previous Post: « Help Choose The New Handbag Color From the Top Five
Next Post: 12 Reasons To Ditch Dating and Adopt a Pet! #RelationshipGoals »