The Battle for the Top of the Cat Power Tower 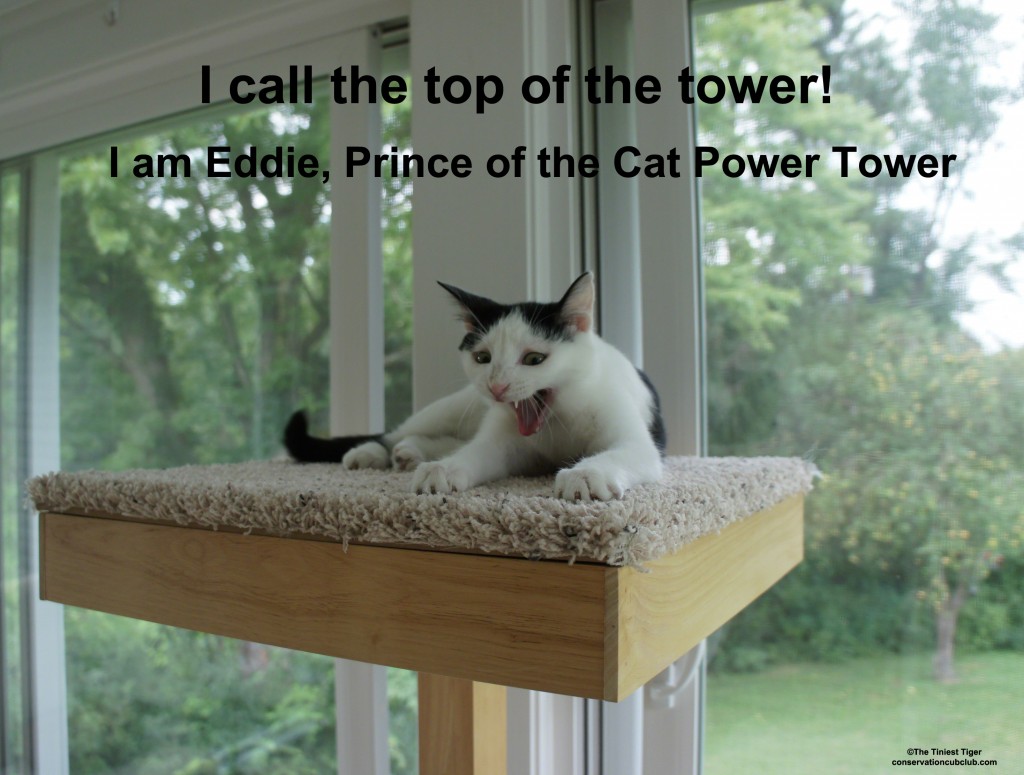 Annie and Eddie have a lot of fun playing together. Running, playing tag, chasing the red dot and more recently the battle for the top of the Cat Power Tower.    Eddie has been the reigning ruler of the top of the tower for the past couple of weeks but lately, Annie seems to be plotting a takeover. 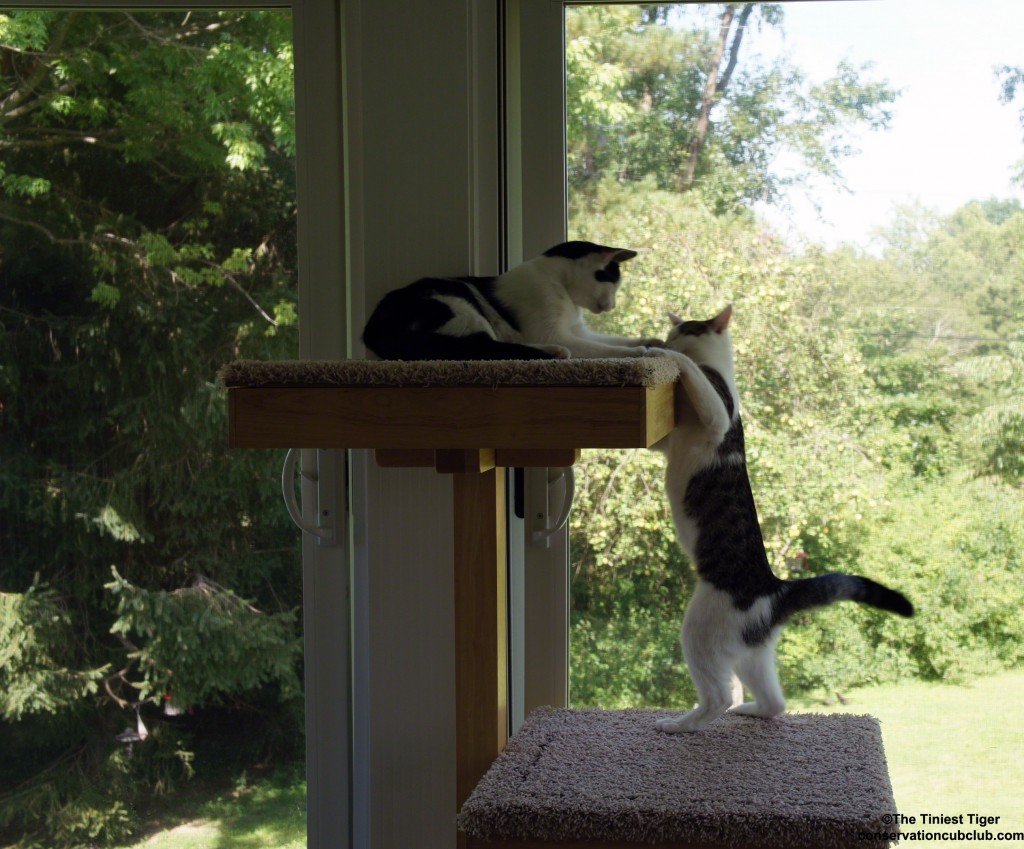 In the middle of their afternoon nap, Annie decided that it was her turn to rule the top level.   She made it clear to Eddie that she was coming up but he wasn’t quite ready to share the penthouse suite with his sister. He quickly stopped her in her tracks. Cats are smart, we all know this, and they have a pretty good memory. Although Annie’s takeover attempt was thwarted, she certainly didn’t surrender. She simply jumped over to the sofa and waited. She waited knowing at some point nature would call Eddie down from the top of the tower. And when nature called him, she would be ready. 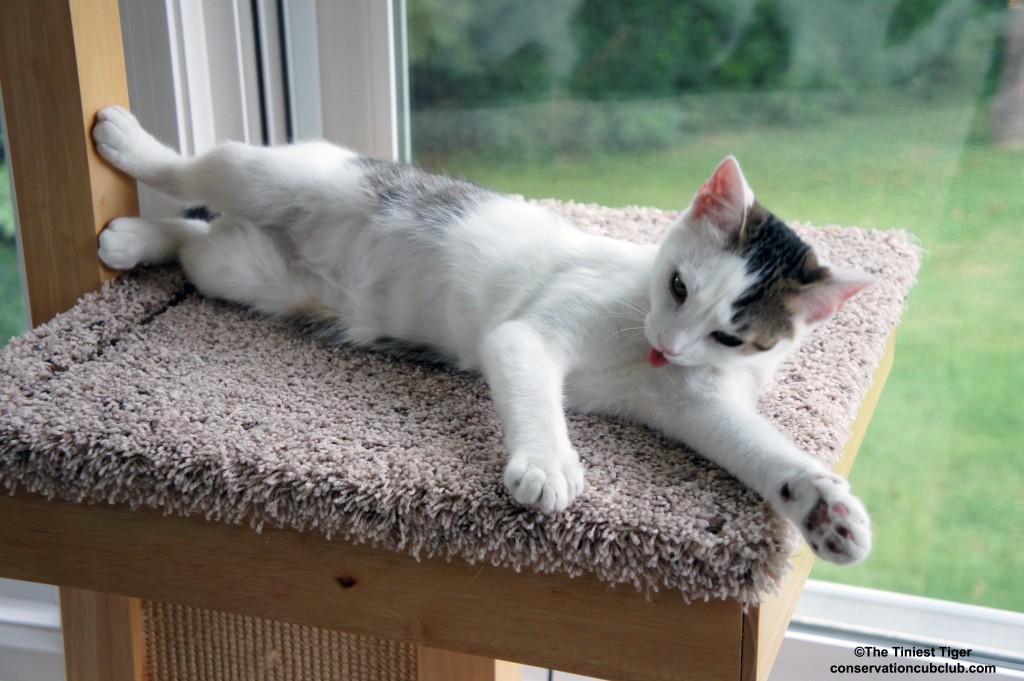 And just as she had planned when Eddie descended his throne and headed for the litter pan, Annie leapt into action and claimed the middle level of the Cat Power Tower.  Now she was the gate keeper.  Eddie would need to get by her to regain control of the top platform.  Upon Eddie’s return he was surprised to find his sister blocking his path to the top of the tower.  He must not have known the right password because when I checked on them a little later, Annie was stretched out on the top level and Eddie was curled up on the sofa.  I had to laugh a bit as I walked back into the office.  Maggie was sleeping beside me on the desk.  She wants no part of the kittens shenanigans. 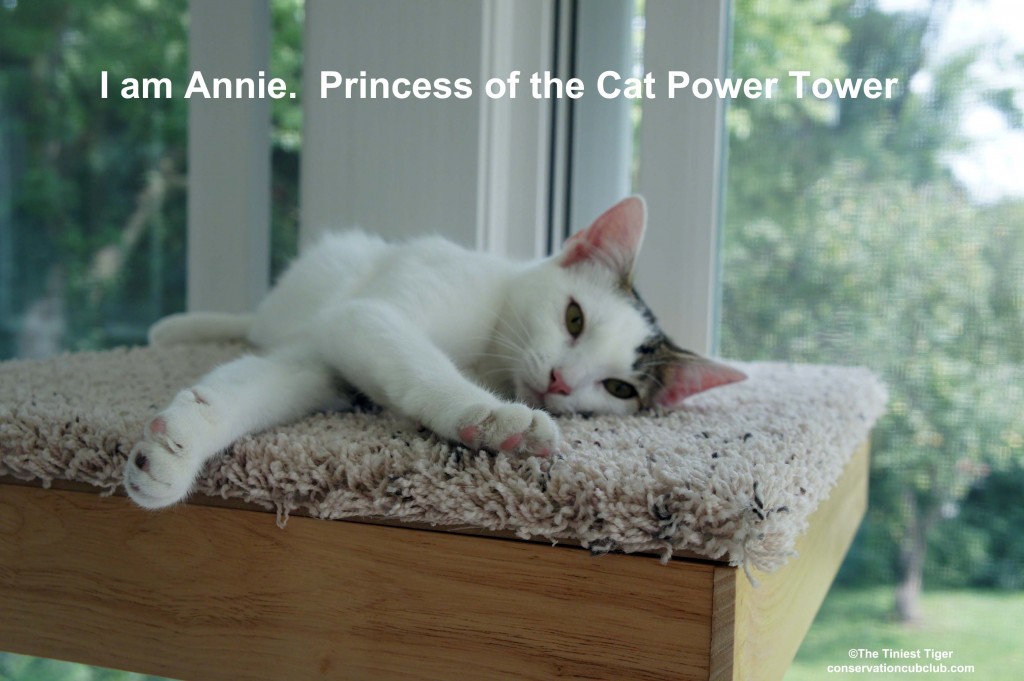 Annie was quite proud of herself and took the jump up to the top of the tower, sprawled out and declared herself the Princess of the Cat Power Tower.  But as any big cat will tell you, victory is sweet but terribly short lived.  So Annie was unable to sleep knowing that her brother was more than likely plotting to overthrow her at any moment. 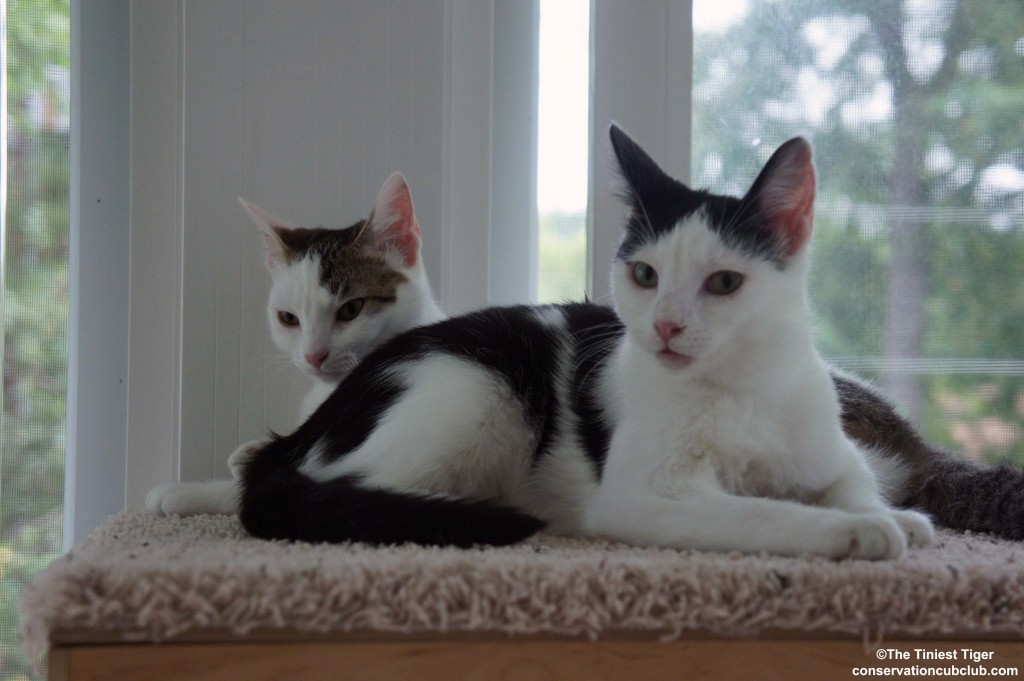 Annie was wise to sleep with one eye open but the moment she relaxed and closed both eyes, Eddie was on his way to the top.  He quietly jumped to the middle platform and then pounced onto the top startling Annie.  And when she moved, he claimed his station on top of the tower.  Now it does appear that there is enough space for both of them, well at least until they grow a bit more, but the look on both of their faces tells the story, doesn’t it?   Look at those expressions. 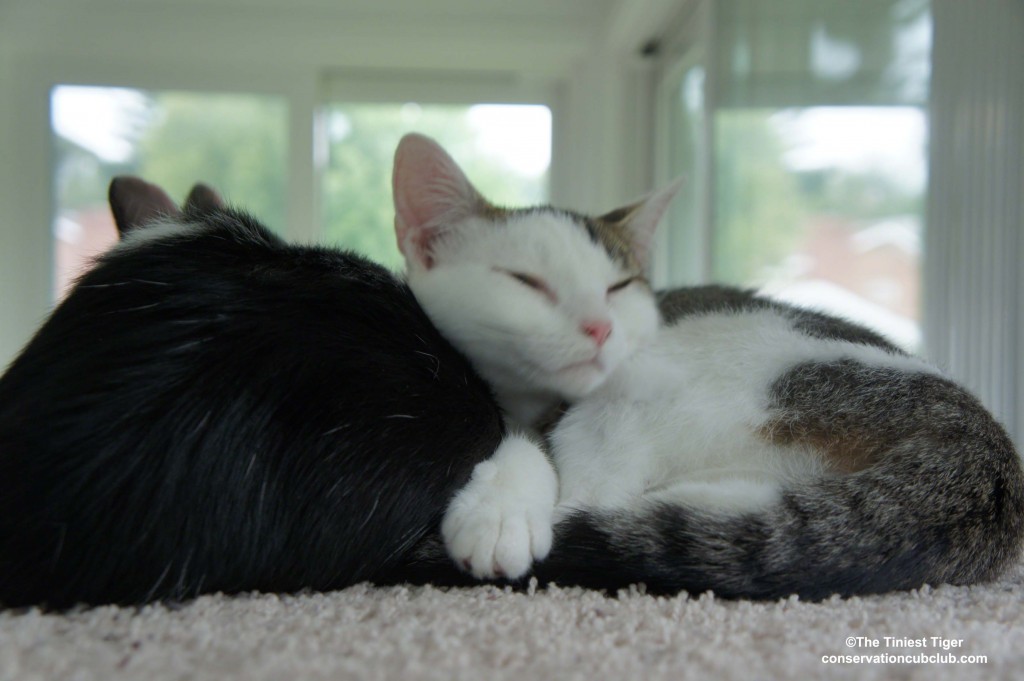 The kittens decided that it takes a lot of energy to do battle and since they were both sleepy, the best decision was to curl up and enjoy a peaceful co-existence on top of the Cat Power Tower.  And Maggie quietly slipped past them to enjoy the rest of the afternoon watching the birds without interruption.